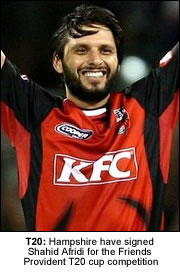 PAKISTAN star Shahid Afridi has been signed up by Hampshire to play in theFriends Provident T20 cup competition.
The all-rounder will join Sri Lankan leg spinner Ajantha Mendis asHampshire’s second overseas player for the competition.
Regarded as one of the most explosive players in world cricket, his arrival at Hampshire has excited the club.
Team Manager Giles White said: “I am delighted that Shahid has signed to play for us in the Friends Provident T20, he is renowned as one of the best Twenty20 players in the world and is a match winner with both bat and ball. It is an exciting prospect for the club and its supporters to have two such exciting players involved in this year’s competition.”
Afridi has excelled in Twenty20 cricket. He was named player of the tournament in the inaugural World Twenty20 in 2007 and starred as Pakistan won the 2009 tournament in England. In the semi-final against South Africa, Afridi put in a man of the match performance with a rapid half century and 2-16 off four overs and followed up with an unbeaten 54 in the final against Sri Lanka.
“I am looking forward to playing for Hampshire and looking forward to a successful Twenty20 campaign,” Afridi said. 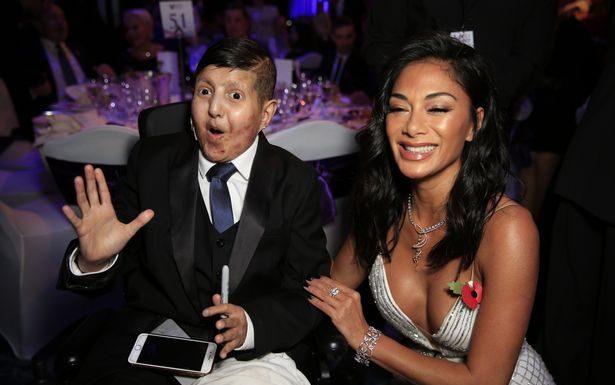 Ways to Get Your Essay Next Day