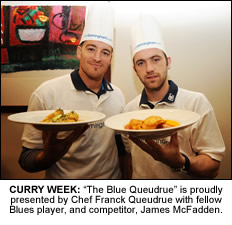 BIRMINGHAM are hoping to cement their position as the country’s foremost curry region after teaming up with the city’s leading Premiership club to celebrate National Curry Week.
Visitbirmingham.com and Birmingham City FC have devised their own special curry which will be offered to fans at the club’s home game against Fulham FC this weekend.
The move will not only celebrate National Curry Week, which runs from 22 – 28 November, but will aim to cement the city ‘once and for all as the UK’s curry capital’, organisers said.
Blues players James McFadden and Franck Queudrue were enlisted to help in the cause in a special ‘curry-cook off’.
Both players were helped by chefs from one of the city’s leading award-winning restaurants, Lasan.
Defender Queudrue triumphed in the ‘battle of the massala’, after a panel of top-judges gave him a thumbs up for his special creation.
The curry was officially named ‘The Blue Queudrue’, by city fan Ian Treadwell.
Fans attending the home match against Fulham this Saturday can pick up their curry at the Royal George pub from 12.30pm.
“Curry has always been an important part of the Birmingham restaurant scene, and over the past few years has developed into high quality cuisine, especially in restaurants such as Lasan,” Dave Hodgson of Marketing Birmingham said.
“It’s great to see a curry like this one, created for Birmingham City FC. Football has a global audience of 3.13bn, so by working with Birmingham City we can show potential visitors to the city what we have to offer.”

Michael Dunford, Birmingham City FC Chief Executive Officer, added: “We are proud to be taking part in National Curry Week and especially to be producing our very own Blues Curry.

“I am sure the curry will be a huge hit with our fans and corporate clients when they visit St. Andrew’s this weekend for the match against Fulham.” 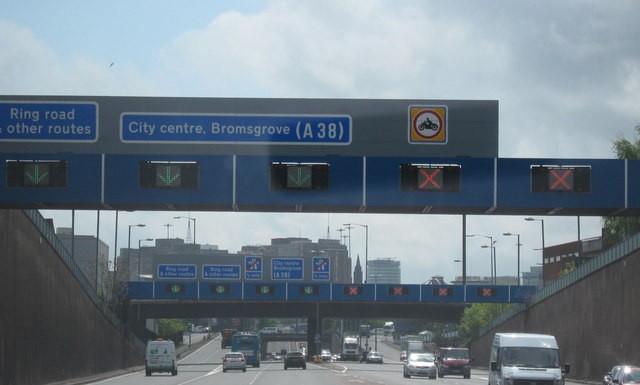 Aston Expressway and more to close this weekend