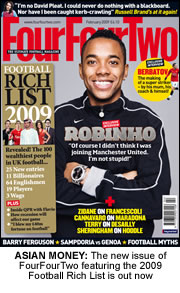 THE POWER of Asian money has toppled Chelsea’s megarich owner Roman Abramovich from the number one spot in the prestigious Football Rich List.
Unsurprisingly the top spot has been taken over by new Manchester City owner Sheikh Mansour bin Zayed Al Nahyan, 38, estimated to be worth £15billion – more than twice as much as Abramovich.
The 42-year-old, who slips to third place with a fortune worth £7billion, is said to have lost over £3billion in the economic downturn.
Separating the two at Number Two of the Football Rich List, which was researched and published by FourFourTwo magazine, is new entry Lakshmi Mittal. The 58-year-old steel tycoon is worth £12.5billion and heads Queens Park Rangers alongside Formula One’s Bernie Ecclestone and Flavio Briatore.
Harrods and Fulham FC boss Mohammed Al Fayed comes in at number 18 with an estimated fortune of £650m.
Editor in Chief of FourFourTwo magazine Hugh Sleight said: “Judging by this list, football is the last remaining financial bubble. The combined wealth of our Top 100 is now £61bn compared with £41.7bn last year and £20.45bn in the first-ever Football Rich List in 2003.

“We’ve also got 25 new entries in the 100, primarily because of the continued rush to invest in British football over the last 12 months.”
For more about the FourFourTwo Rich List – go to http://www.fourfourtwo.com 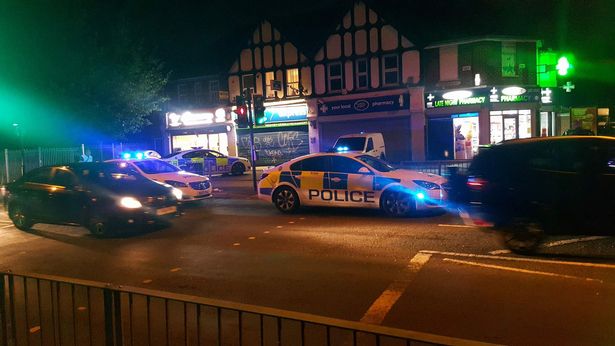 Asian Football Awards are a Winner!