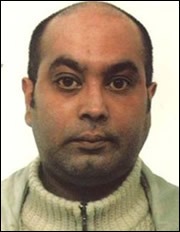 POLICE are appealing for help in tracing a 42-year-old man who has been missing from his home in Birmingham for a month.
Reshpal Badesha was last seen at his home address on Stratford Road, in the Hall Green area of the city on April 1.

Mr Badesha has not been in contact with his family since he left, and police are growing concerned for his welfare.

He is described as Asian, of slim build, with a bald head, brown eyes, he is usually clean shaven and he wears glasses.

Police would like to speak to anyone who may have seen Reshpal, or has knowledge of his whereabouts, and urge anyone with information to contact Kings Heath police station on 0845 113 5000.