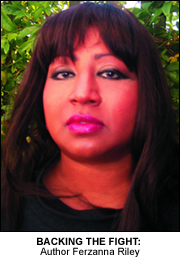 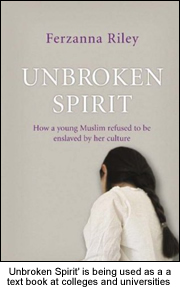 Your book ‘Unbroken Spirit’ was monumental because it charted your escape from a possible forced marriage. Did you ever think the book would be as widely known as it is today?
All authors hope their debut book will be a best seller and be the launch pad to a successful literary career!
Neither authors nor publishers can anticipate how well received a book will be but obviously I’m happy that people say how well written it is. Neil Mackay from the Daily Mail was the first journalist who told me that he doesn’t really read this kind of book but once he picked up my book he couldn’t put it down and had to read all the way to the end because he was totally gripped. That’s a relief because authors whose books are read, enjoyed and recommended tend to have long term careers as writers. Of course I’m thrilled that my book gets really good reviews and very relieved I haven’t had a negative review yet!
What type of response have you had from the book since it was published?
In a word, overwhelming! I never expected such a huge media uptake on my book. Something that I was really thrilled to discover was that Unbroken Spirit is being used as a text book at colleges and universities as a unique insight into the Muslim culture. That was totally unexpected.
On the back of the book I have become a forefront campaigner on the issue of child abuse within the BME communities. Last year I was invited to join the board of the Roshni charity (www.roshni.org.uk). This is a charity that offers advice and training on the issue of child abuse from within the ethnic minority communities. It is hard enough for any child who suffers any kind of abuse be it physical, emotional or sexual abuse. But because of our concepts of ‘honour’ and ‘shame’ they face additional cultural barriers and this is something we at Roshni work hard to raise awareness of and as a director of Roshni I get asked to speak at Safeguarding children conferences and am, in fact, due to speak at the Afruca conference in Birmingham next month.
How have you found being a ‘spokesperson’ on honour killings and forced marriages?
Whether it is in my capacity as a spokesperson on ‘forced marriage and honour killings’ or as director of the Roshni charity on the issue of child abuse in the ethic communities, I tell my story as a survivor.
My story is not prescriptive but descriptive. I don’t tell people what to do but simply say what happened to me and the decisions I made in my life. I tell my own personal story and hope that others will be inspired by it.
What specific honour killings stick in your mind?
At conferences stories of girls like Bahnaz Mahmood and Heshu Yonas are invariably told, not least because of the sheer tragedy of young lives being so brutally cut short. I’ve heard these stories told in great detail many times but they never fail to move me to tears of sorrow and grief. People say I have strength and courage to do what I do knowing that I’m exposing myself and my family to potential danger. But every time I hear about these tragic girls it fuels my determination to never stop speaking out.
‘Unbroken Spirit’ is available to buy from all good bookshops
INTERVIEW BY ZAKIA YOUSAF