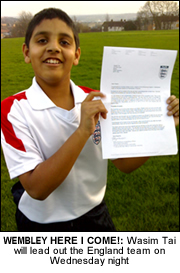 FOR many running out onto the Wembley pitch to the roar of 90,000 fans is a thing of dreams – unless your name is Wasim Tai!
10-year-old Wasim will fulfill a lifetime ambition this Wednesday when he will proudly lead out his footballing heroes as England take on Switzerland at the magnificent Wembley stadium.
The young Bately boy beat thousands to win the mascot prize which will see him lead the country’s top stars onto the Wembley pitch to the roar of a sell-out crowd.
An avid football enthusiast, Wasim who goes to Staincliffe Junior School and plays for the Mount Pleasant Junior Football Club was selected as one of three mascots after winning a national competition, through the England members’ club, Englandfans.
Wasim joined the Englandfans Club after watching England’s first match at Wembley against Brazil last year.
As part of the membership fans get a quarterly magazine.
“I saw the competition in the magazine and immediately told my dad I wanted to enter it but I never thought I would win, I still cant believe it,” said Wasim.

Wasim’s favourite England player is Wayne Rooney – not surprising as he also plays for his favourite club side Manchester United.
“I can’t wait to see and meet all the players especially Wayne Rooney, I think I will be a bit nervous,” he added.

The friendly international will be Fabio Capello’s first game as England’s coach and will be shown live on BBC1 on 6 February at 7.30pm. 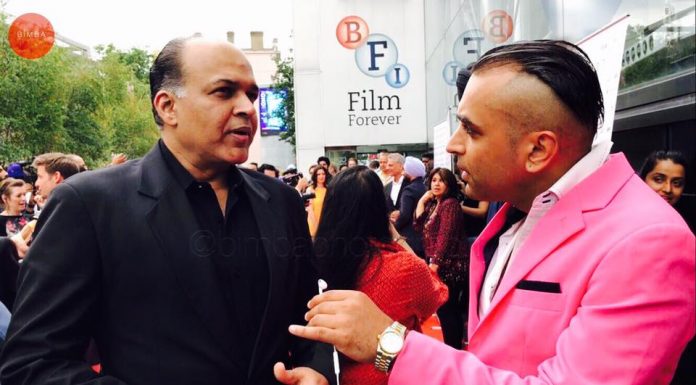