How one music producer is packing the dancefloors 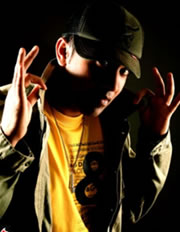 FROM playing live drums for his school band, Asian music producer D-Boy has come along way. His latest track ‘Nach Ke’ is one of the hottest tracks in Asian music. And with his album ‘Playback Project’ expected to hit the shelves in the next few months things are looking good for the musical genius. We caught up with the star for a quick chat…
Tell us a bit about the new single ‘Nach Ke’ (Bhangra Bounce)
‘Nach Ke’ (bhangra Bounce) is a heavy dose of real hip hop mixed with the desi flavour. I wanted to create a track to represent my sound, and what I also enjoy listening to. Swiss (So Solid) loved the beat and laced his two verses down straight away. V Dubl E (who also added the bhangra spice to the track on co-production) jumped on the final verse.
New vocalist Rabia added her soft tones to complete the track and add the punjabi element! We then shot the video in LA with Indian director Rohit Karn Batra and released the single in December. It’s a fun track to shake your thang to, be it at home or in a club. The track also works well live which is something we discovered more recently.
What was the thought process behind the single?
To tie the track into the concept of the album, retro bollywood ( I grew up on early Amitabh Bachchan Flicks like Dewaar), Hip Hop, R&B with a desi feel. The single represents D-boy, and my sound is hard to define but easier to feel.
The single has had a fantastic response. Does this make all the hard work worthwhile?
Certainly! Any positive response on my music is what I strive for. It’s a tough industry so gaining support is an incredible feeling.
Why do you think the single has been received so well?
I feel that our generation loves music full stop. People are so open minded toward music because we are exposed to more choice from music channels, radio and the internet. I think people have enjoyed the song because of the originality and diversity of the track
The single is the first off ‘Playback Project’. How would you describe the album?
Awwww. Hard question….The album is a mixture of Hindi, Soul, R&B, Hip Hop & Desi. I have a thick R&B background so that is very apparent in Playback. Lots of piano and strings!
Are you confident the album will do well?
I am confident that I have done my best with this project, the rest is down to if people feel my sound or not. I guess you never know which makes the whole process more challenging
Let’s start from the beginning. How did you get into the music industry?
I started playing live drums for the school band. Then moved into local performances. I studied performance art at college then moved into music production which I completed in Newcastle. I gained further studio knowledge from the infamous Kuljit Bhamra at his studio in Southall.
I began working behind the scenes with my brothers (Mr Shabz from So Solid and Sef from the Reelists). Finally started my R&B project with Estelle and Sharifa Shi. Completed many other production projects and landed a songwriting award with the British Academy of Composers and Songwriters in 2005. I then produced ‘Look for me’ for Hard Kaur which was well received. However, I had a track bubbling on the underground hip hop scene called ‘Come Closer’ with Baby Blue which grabbed the attention of VIP Urban (record label). I got signed and began working on the album with Des-C, A G Dolla, Sef, Shevta, Sharifa Shi, Desh in India, Ranjit Mani to name but a few. Whew!
What made you want to go into the music industry?
Music is a calling and not a career opportunity
Do you think the Asian music scene has changed for the better in the past 10 years?
Music has evolved full stop. Asians want to keep our roots close to and be proud of where we are from but we all want to gain more recognition in every form of music and media. Long gone are the days when we could easily be boxed or stereotyped. Therefore, not only has the music become better but so has the talent. It’s also great to see people embracing other cultures and styles of music. That’s what it’s all about. There have been many acts that have done this consistently; Rishi Rich, The Reelists, Bally Sagoo, Sir Apache Indian, M.I.A. and loads more! I admire these people immensely
Finally, what are your plans for 2008?
Playback is due out early next year. We are still planning the final steps for 2008. Desihits have taken on the project for release whilst VIP Urban is the record label to take care of D-boy and Playback. I have already began new ideas for Playback Volume 2 and already working with some hot new talent for 2008. 2008 will see the beginning of ‘Playback live’, with plans to perform live across the world (I play all my music live) and taking my form of music to a higher platform with all my fellow artists/friends. It’s all about the underdogs breaking through in 2008.