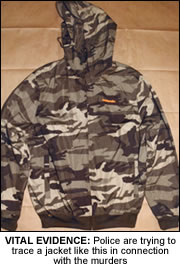 DETECTIVES investigating the murder of two elderly residents at a Leicester nursing home have appealed to the public for help in tracing a vital piece of evidence.
56-year-old Rashni Badiani and 72-year-old Radhaben Chauhan were found dead in a room they shared at the Hayes Park Nursing Home on the Rowlatts Hill Estate, a week ago.
Nathan Mann, 19, of Avonside Drive, Crown Hills, has been charged with murder. He was remanded in custody by Leicester magistrates on Saturday.
Detective Superintendent Chris Thomas said they were keen to trace a jacket which may have been discarded in the Netherhall, Thurnby Lodge or Humberstone areas.
He said: “If you live in the Netherhall, Thurnby Lodge or Humberstone areas you can help us by checking your bins, gardens and outbuildings for a combat-style jacket which may have been discarded there. The jacket is waist length, hooded and has a camouflage style print. The left breast bears the brand name Mckenzie.
“If you do come across something similar please don’t touch it and contact the police as soon as possible.”
Officers are also keen to hear from anyone who was in the Cropthorne Avenue area between 11pm and midnight on Tuesday November 6 who has not already spoken to police. 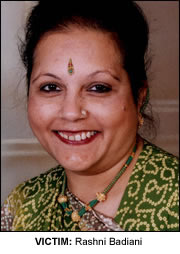 CCTV footage recovered from the area by police shows a vehicle driving up Cropthorne Avenue. The driver and any occupants in that vehicle could have vital evidence and officers are keen to trace them.
Anyone with any information is asked to contact Leicestershire Constabulary on (0116) 222 2222 quoting reference number 70 of Wednesday November 7.