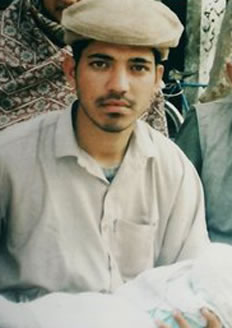 Two Liberal democrat MEPs have called on the Pakistan judicial system to release Brit Mirza Tahir Hussain to mark the fourth annual World Day against the Death Penalty.
Sajjad Karim and Diana Wallis joined for calls to abolish the death penalty as well as urging Pakistan’s President Musharraf to pardon the 36-year-old (pictured right) who is currently awaiting execution following the death of a taxi driver in 1998 in Pakistan.
Sajjad Karim MEP, Liberal Democrat Spokesperson on Human Rights and Chairman of the European Parliament Friends of Pakistan Group said it was imperative Mr Hussain received justice.
“The theme of “a failure of justice” is particularly pertinent to Mirza Tahir Hussain because Amnesty International believes his trial did not conform to international fair standards”, he said.
“It is now the eleventh hour, but we will not rest until we obtain justice for Mirza Tahir Hussain”.

President Musharraf admitted during a recent trip to London that he did not have the power to overturn Mr Hussain’s execution – a statement that was slammed by Mr Hussain’s brother Amjad.
Mr Hussain was scheduled to be executed on 1 October but it was postponed as it fell in the holy month of Ramadan.
Mr Karim said he had spoken to President Musharraf when he visited Brussels telling him the execution could harm Pakistan’s reputation.
“When I met with him privately I told him, in no uncertain terms, that the carrying out of this execution would cast a shadow over the reputation of Pakistan within the EU, as it would clearly represent a rare combination of excessive cruelty and profound injustice”, he said.

“President Musharraf has the constitutional power to commute the death sentence and there is clear precedent. I call on him today to show mercy and serve Mirza Tahir Hussain with the justice he deserves.”

Diana Wallis, the Liberal Democrat MEP for Yorkshire, added it is impossible to imagine what Mirza Hussain has been through over the past 18 years.

“Imagine yourself as an 18 year old on holiday and in another country, you take a taxi. It turns into a nightmare, there are no witnesses but the taxi driver ends up dead and you go straight to the first police station. You say he pulled a gun on you and what happened was self defence on your part”, she said.

“This leads to a legal process over 18 years, 18 years that a young man has spent in prison away from his family. Condemning him to death then finding him innocent then starting again until every appeal is exhausted. He is condemned to death a second time, after half a lifetime in prison.

“This is the terrible story on my constituent Mirza Tahir Hussain.”