Home Interviews Who’s got the Blues? 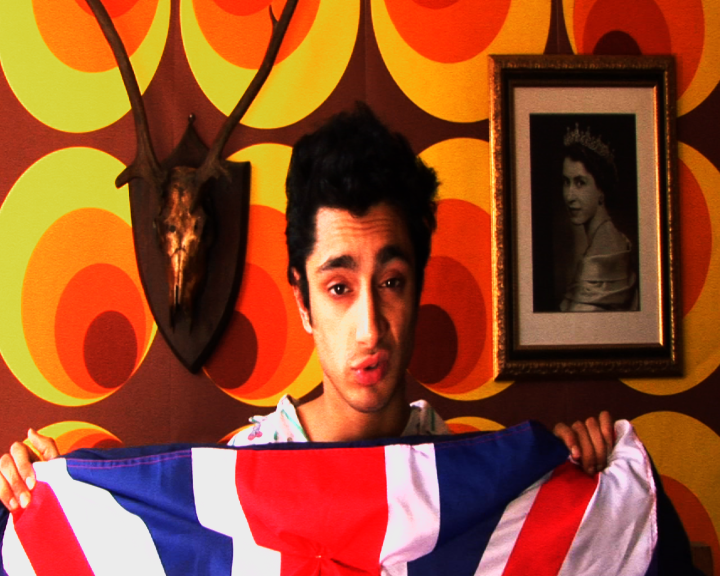 What happens when 9/11 forms the basis for a hip-hop song?
Actor-turned-rapper Riz Ahmed reveals all…
For 23-year-old Riz Ahmed, the past year has been one rollercoaster of a ride. His acting break came in Michael Winterbottom’s critically acclaimed docu-drama ‘The Road to Guantanamo’ where he played the role of Shafiq Rasul – one third of the famous Tipton trio who were held at Guantanamo Bay for over three years without charge. The film was a resounding success. It made headlines for its stark and harrowing realism and look at life in America’s unjust prison camp, aptly winning the Silver Berlin Bear at the Berlin International Film Festival. But for Riz life was to imitate art when along with a number of cast members he was detained and questioned under anti-terror laws at Luton Airport on his way back from Berlin. The incident made headlines with Riz hitting out at the treatment he and his fellow co-stars endured. Fast forward to today however and actor-turned-rapper Riz is fighting his own personal battle as he aims to push his debut single ‘Post-9/11 Blues’ into the mainstream. The track, a satirical take on how society has changed since 9/11, has caused quite a stir with a number of notable radio stations refusing to play the track due to its content. Later this month the track will become available to download from iTunes. So what was the drive behind the track, and what is Riz Ahmed’s take on the controversy surrounding Post 9/11 Blues? Asian Today Editor Zakia Yousaf found out…
‘Post 9/11 Blues’ will be available to download in August. What was the idea behind this track?
It was inspired by day-to-day life. The way politics has invaded our daily lives post 9/11. The way tragedies have themselves been high jacked, and used to manipulate our collective culture. And the way we’re all complicit in this.
As a society we’ve followed the lead of politicians and latched onto this climate of fear – encouraged it, set up businesses, entertainment industries, and fear industries around it. Even our language becomes distorted. I’m as guilty as everyone else, and that’s a point I try to make – we all perpetuate the conditions for this. We’re addicted to the ‘post 9/11’ brand as a society, and it’s become part of our culture of consumption. 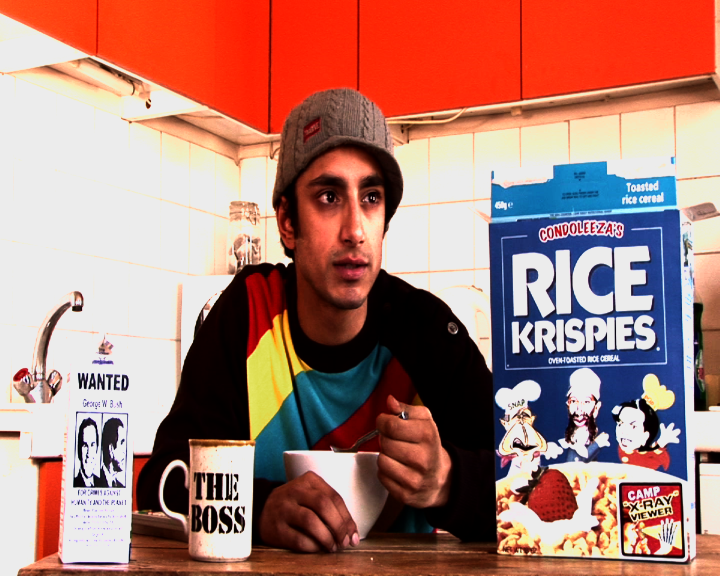 The track has been shunned by some radio stations and most notably MTV. Did you expect the track to generate this type of response?
I knew people would try to sweep it under the carpet, but after the Internet groundswell and the media attention I thought it would be harder to keep us at bay. Unfortunately the hypocrisy of music programming has stopped us getting exposure on radio and TV. The exposure around it has been based around the lack of exposure – if that makes sense! It’s been in the news pages not on playlists.
Your lyrics in the track refer pretty much to real life events. Do you think it’s ironic then that ‘Post 9/11 Blues’ has been described as too ‘politically sensitive’?
I think it’s ridiculous. This track has had a big response because it has a lot of truth to it, people recognise the truth within the extreme satirical situations I describe. This is about everyday life – not an angry polemical rant. Schoolteachers are showing it to their GCSE classes’ to study satire, and here are people, like 3mobile, saying it’s inappropriate content! To me, ‘Bling Bling’ culture, a dominant theme in modern hip-hop, is blatantly political – its right wing materialism at its most misguided and obscene. And it’s far more removed from everyday reality than the kind of thing I’m, talking about. Had this been a track that was glamorising a sex/guns/drugs lifestyle, there’s be no problem.
You’ve released the track under your own label. What was the reason behind this?
It was initially a free download. But turning it into purchasable product is the only way to be considered for airplay, and I ‘m hoping people power at the tills will push this track into the mainstream where it can’t be ignored. I set up Battered Records with DJ Reason, he’s based in Manchester and is a resident at the infamous Shaanti nights. I had offers from some really good labels, but I want to see all sides of the business before I take that step. It’s a massive struggle, but the DIY approach means we control how our music is perceived and how we want to present it to people.
Should terrorism as a subject matter be used for satirical purposes?
Terrorism itself is used for so much these days; satire seems to be the most benign use. It’s the justification for bad foreign policy; it’s entertainment in films and TV programmes. The word “terrorism” is bandied around so much but of course has such strong one-sided connotations now that can’t be used to describe a government’s actions. It’s become a corrupted term. Satire seems to me one of the best ways of examining it, throwing up the inconsistencies in the word and the repercussions of the phenomenon itself.
You were detained at Luton airport after returning from the Berlin premiere of ‘The Road to Guantanamo’. Did this event shape your decision to write ‘Post 9/11 Blues’?
Not really, it just made me more determined to get it out there. The inspiration for the song was far more general than that personal experience – it’s not autobiographical, anyone can relate to it.
What does the future hold for Riz Ahmed? Will your music career be shaped around songs like ‘Post 9/11 Blues’?
No. I’m not a one-trick pony; I hope people will see that with my forthcoming EP, releasing early next year. Keep your eyes open for some free Internet tracks soon,. The freedom of being an independent artist is something I’m going to explore and exploit.
‘Post 9/11 Blues’ is released for download via iTunes and all download stores 13th August, and on CD from 20th August