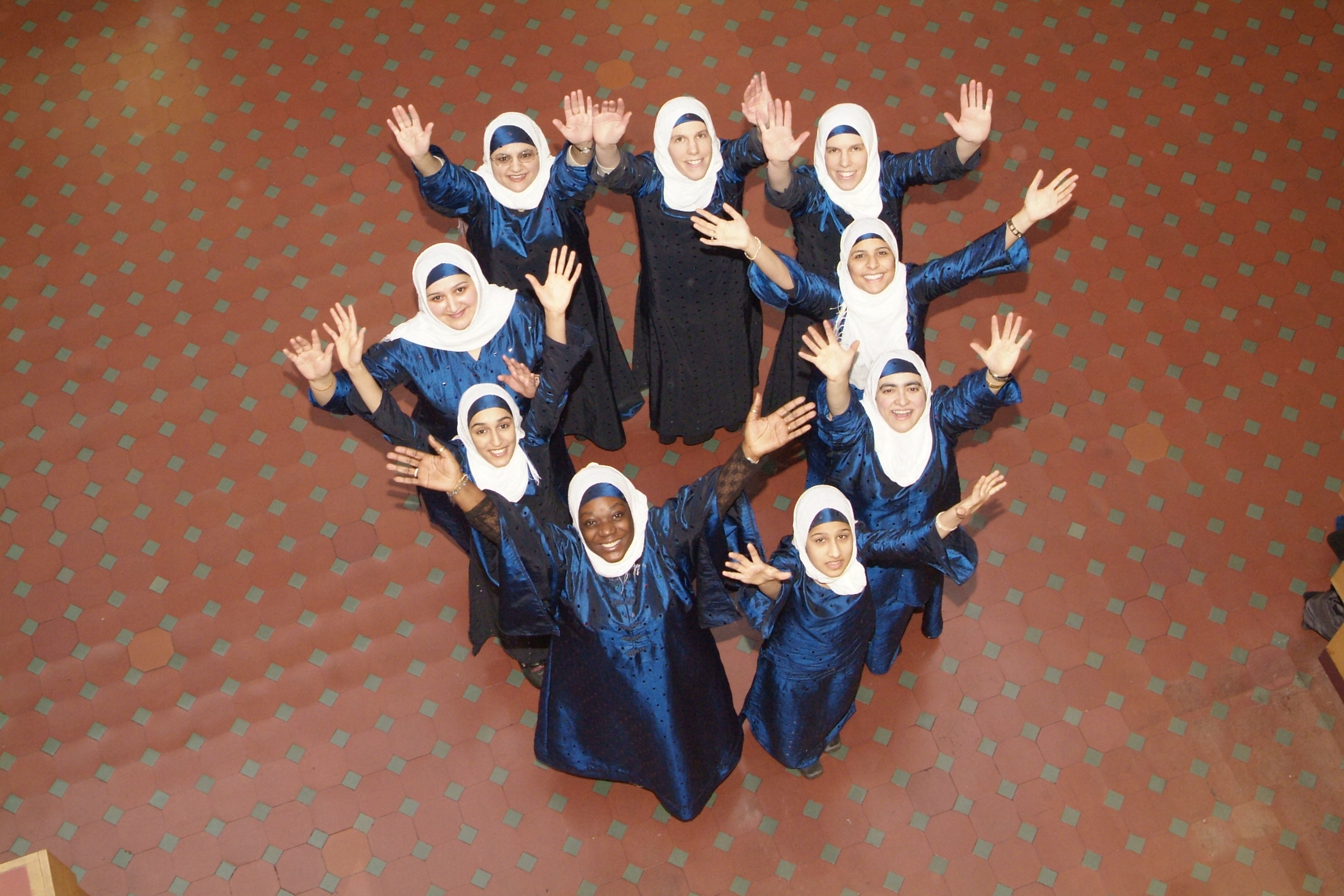 A BIRMINGHAM all-Muslim female girl group have revealed their excitement at being selected to appear alongside legendary Bee Gees member Robin Gibb at a special concert promoting peace and harmony.
Birmingham-based Ulfah Collective, a 14-member group made up of Muslim women from all age ranges, will appear at the special ‘Just-a-minute’ Wembley concert in September where up to 12,000 people are expected to attend.
Speaking to The Asian Today, the groups founder and manager Naz Koser said the group were “amazed” after finding out they would be sharing a stage with the legendary Bee Gee brother.
“We were amazed after being told the good news”, Naz said.
“We haven’t stop giggling for the last few days just out of amazement. Some of the group don’t know of Robin Gibb so a few of us have been trying to find the words to explain how major this is for us.”
The group were contacted by Bliss Records to take part in the concert.
After seeing a demo they were invited to be part of the distinguished line-up which also includes comedienne Ruby Wax and TV Presenter Tania Brier.
“They were attracted to us because of what we stand for, harmony and peace and felt that we were important to be included”, Naz explains.
Ulfah Collective were formed in March 2005, Naz explains as a way in integrating Muslim women into the arts.
The group is part of a bigger organisation, headed by Naz, called Ulfah Arts which organises a number of projects for the Muslim community.
They have already played to audiences at the Edinburgh Festival as well as an event organised by Islam Expo at London’s Alexandra Palace.
Naz said the group had been received well by the Muslim community but that a negative element against the group would always remain from older Muslim generations because of its all-female make-up.
“I can image there is a lot of talk behind our backs from people who disapprove of women singing”, she said.
“Ulfah has achieved great success in trying to secure women only opportunities and needs to continue and get bigger opportunities. “People have to understand to achieve this there are times when we have to go outside our comfort zone and perform to mixed male and female events. On the whole I feel people are really supportive and feel that we are beginning to get noticed.”
The group were recently awarded for their contribution to Islamic art at a special awards event hosted by the Islamic Bank of Britain.
But there was more the group needed to do, Naz explained, to become completely accepted by the Muslim community.
“I feel there are still many obstacles, mainly from the men in the Muslim community”, she said.
“They don’t realise how valuable the arts is and the impact and difference it can make.
“This is what I am hoping to prove and hope they will see one day.”
For the time being however, the group are looking forward to the rest of the year where they are scheduled to play at a number of art events.
They are part of the Cheetham Multi faith Festival in Manchester in September as well as Birmingham’s Artsfest in the same month.
They are also hoping to secure £5,000 worth of sponsorship to help take them to Jordan for the Majestic British-Arab Festival.
By Zakia Yousaf