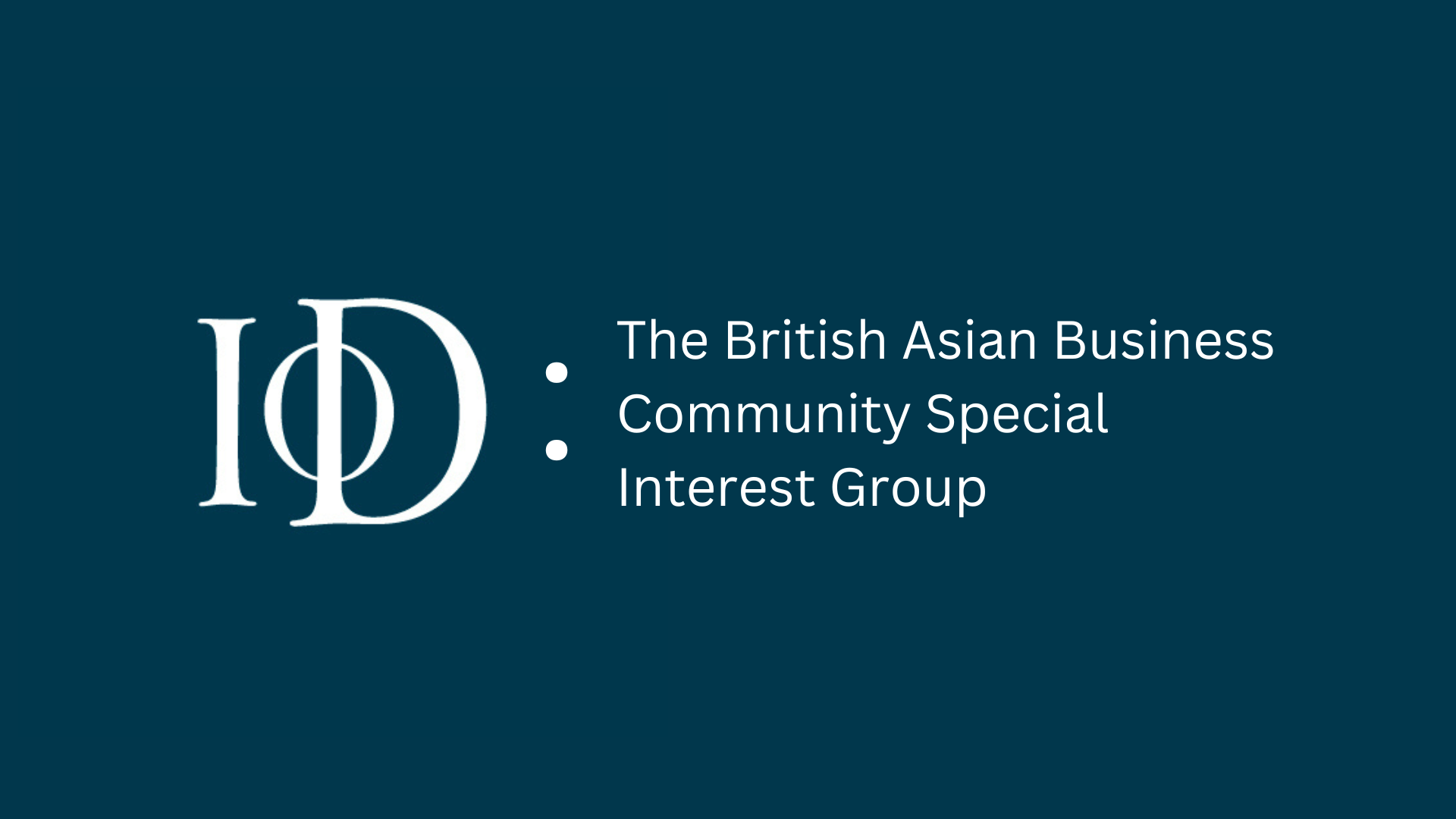 The IoD has launched a major initiative to highlight and support the UK’s thriving Asian business community.

Businesses led by ethnic-minority entrepreneurs contribute £74 billion a year to the UK economy according to a report by OPEN, a London-based think-tank that focuses on migration and diversity issues.

The SIG’s objectives are built around the three components of the IoD’s member value proposition: Connect, Develop and Influence.

The group will facilitate connections between directors through live and online panel events, networking and social gatherings.

It will promote knowledge sharing, especially around diversity and inclusivity, through working groups, mentorships and an ambassador programme to foster talent.

The SIG will also ensure directors’ views are promoted to government and media through the IoD’s influential policy unit.

Abid Khan is also known for forging connections between people through the successful Chutney and Chat business networking forums in the West Midlands.

He said: “I am passionate about supporting the growth of businesses and individuals and have always felt there is a gap in the market for a trusted community of Asian directors.

“This is a massive step forward for the IoD and the Asian business community. Asians are born and bred entrepreneurs who make a massive contribution to the UK economy but they don’t tend to join groups until they see other Asian faces.” 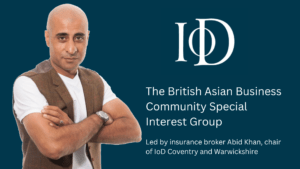 He said: “There can be a resistance to reaching out for support and learning. For example, there is a vast untapped potential of British Asians who could become excellent non-executive directors. By learning and supporting one another we can all run our businesses in the most productive manner.”

The group plans to hold an invite-only launch event in March at the IoD’s headquarters in Pall Mall, London.

It is now recruiting ambassadors and advisors to shape group strategy and drive membership.

Ambassadors will be IoD members who specialise in areas including administration and finance, events, partnerships, communications and recruitment. Advisors will be experts and influencers who offer strategic support including mentorship and connections.

“We will be guided by members so I’m encouraging people to contact me directly for a chat,” added Abid.

In November 2022, the IoD launched a policy paper ‘The Future of Business: harnessing diverse talent for success’. Developed by a commission of senior business leaders and experts, the paper made a series of policy recommendations to government to bring about the most favourable conditions for businesses and directors to flourish, with specific reference to gender, ethnicity, disability and sexual orientation.