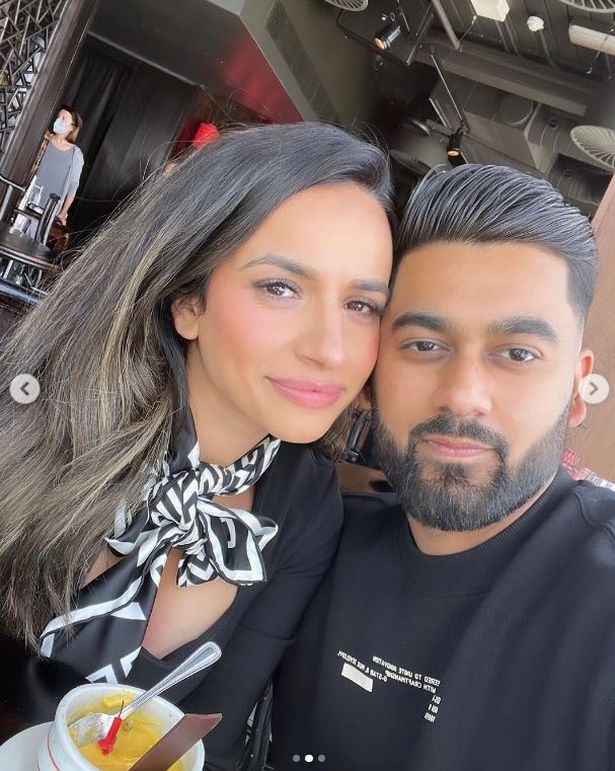 Winner of The Apprentice Harpreet Kaur and co-star Akshay Thakrar are dating by posting a series of snaps on Instagram.

A post shared on August 12, 2022, she revealed she and co-star Akshay, 28, who was a fan-favourite candidate, are now in a relationship with each other.

Harpreet shared three photos of the pair, with the caption: “The best things in life happen unexpectedly.

“I love sharing my Oh So Yum business journey with you all but this time…. it’s a personal one.”

Harpreet continued: “Since coming out of The Apprentice house, my life has been a complete whirlwind in more ways than one.

“Over the past three months, a special someone has swept me unexpectedly off my feet & I cannot wait to see where this journey takes us @akshay.thakrar.”

Fans of the entrepreneur, as well as other The Apprentice stars, quickly responded to the update, with Amy Anzel writing: “Ah such lovely news! Congrats guys.”

“My favourite couple ever. So so happy for you both and can’t wait to share this journey with you. Love you both xxxxx.”

Akshay responded to the news with a very sweet response: “So happy you’re mine. Excited for what’s to come!”

Despite not winning most of the challenges on the show, Akshay won over viewers, and Lord Sugar, with his hilarious comments throughout the process.