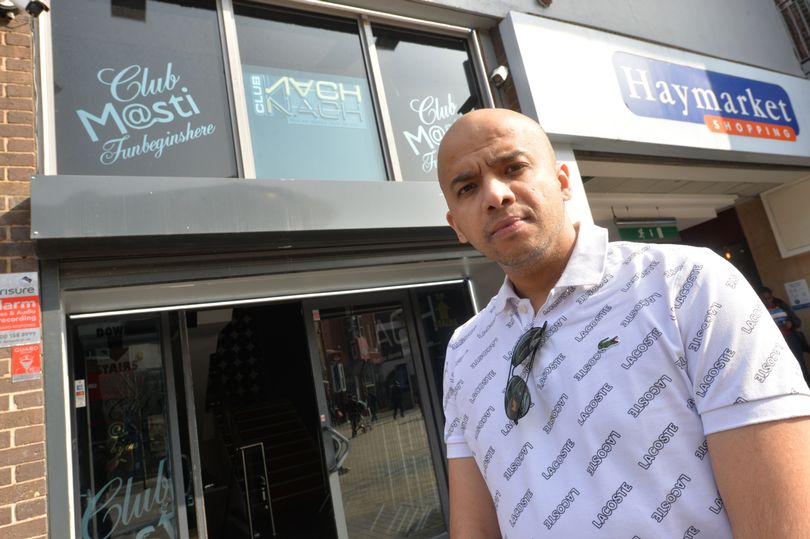 The owner of club Nach Nach is facing ruins after the cooling system he relies on to keep the beer at its chilled best was ripped out without his permission.

His club is next to the new Metro Bank and both are part of the Haymarket Shopping Centre. Mr Patel, 41, said he had spent his savings on refurbishing the “rundown” unit, installing new water pipes, electrics, toilets as well as the cooling system.

He discovered the cooling equipment, which was installed in a shared service area of the shopping centre, had been removed without his consent. In its place, an air conditioning unit had been installed for the new Metro Bank, he told LeicestershireLive

He said: “Obviously I had noticed a lot of work was being done for Metro Banks’s major refurbishment and there was a day in December there were some builders in the service area. I didn’t think anything of it because they had been authorised to be there by the landlord – I just thought they were doing some work.

“But a week later we noticed our beer wasn’t coming out. We went down to the cellar and everything had gone off, then we realised the cooler was completely missing and the electric supply had been cut.”

After consulting Metro Bank, Mr Patel said he was told they had permission to install their air conditioning system in the service area. He then approached the managing agents of the shopping centre and said he could install a new cooling system.

But after a number of visits from contractors, he has been told there was no longer enough space for a new unit and he has since spent four months trying to rectify the problem. “They’ve basically put me out of business”, he said.

“I try to open up now and then but I can’t sell beer – and that’s the biggest seller. All my lines were completely brand new and now the bank is saying it hasn’t got anything to do with them.”

He has temporarily stopped his rent and utility payments. “I don’t have long left until I have to liquidate my company,” he said. “This was my first nightclub I used a lot of my personal savings – it took me a long time to get here.”

A Metro Bank spokesperson said: “We have been in constant contact with the landlord of Mr Patel’s bar and the managing agent throughout this process. We have also spoken with Mr Patel on a number of occasions and we will continue to encourage him to engage with the landlord directly to resolve this issue.”