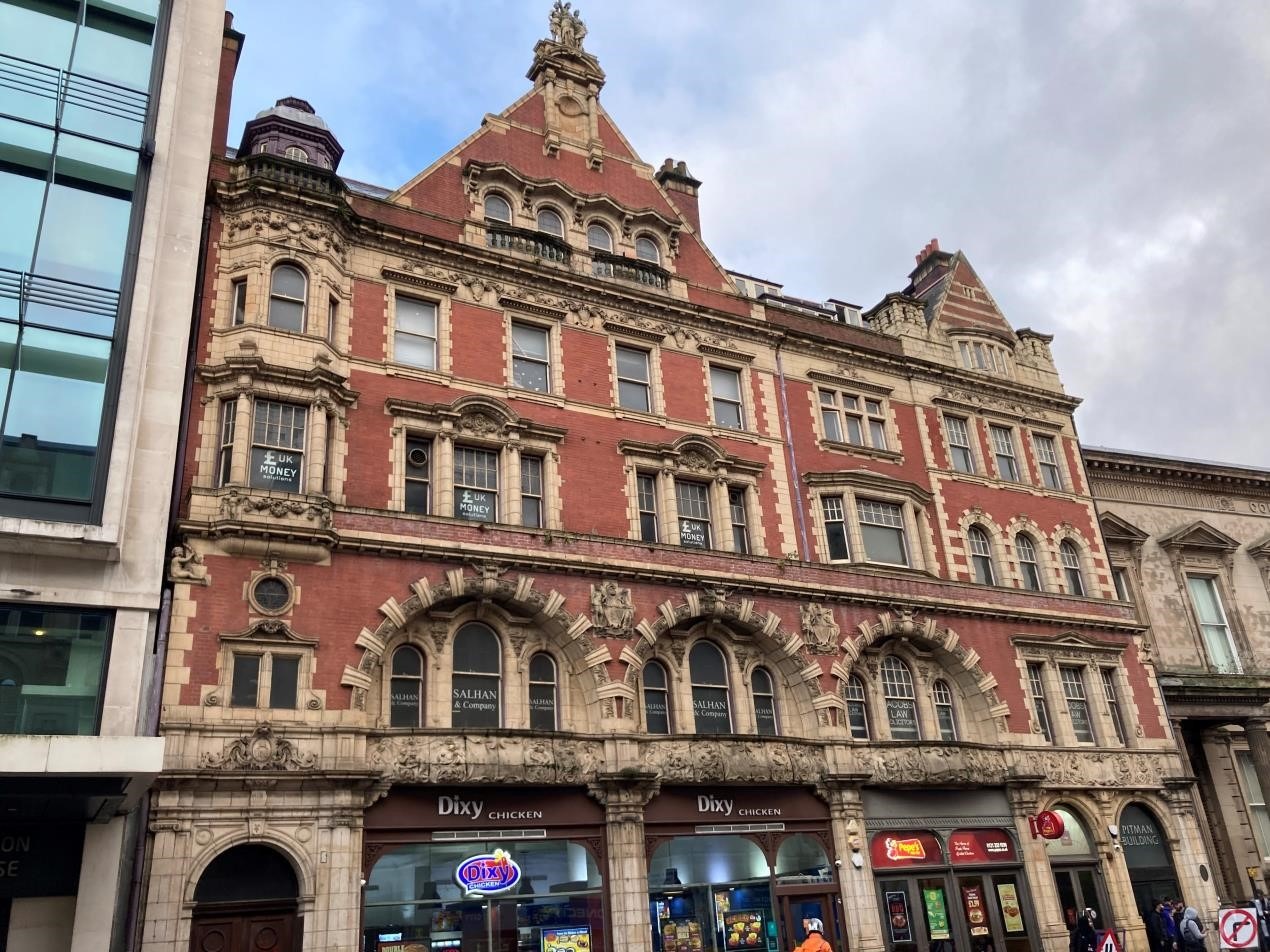 Plans to regenerate an historic Birmingham hotel where Indian independence campaigner Mahatmah Gandhi is believed to have once dined are being backed by the West Midlands Combined Authority (WMCA).

The Victorian-built Murdoch Chambers & Pitman Building in Corporation Street started life in the late 1800s as a vegetarian restaurant and hotel, thought to be the first in Britain, but now stands empty, apart from two fast food outlets on the ground floor.

That could soon change after developer MP Devco Limited drew up proposals to transform it into an ‘aparthotel’ offering 136 apartments.

Now, as part of its nationally acclaimed brownfield regeneration programme, the WMCA Board has agreed in principle to make an investment to kick-start the aparthotel scheme, which is expected to create more than 70 jobs.

It will be the latest in a series of WMCA investments using money it has secured from Government to provide new homes, jobs and commercial spaces on urban, brownfield sites, helping to support the region’s economic recovery from Covid 19 while reducing pressure on the green belt.

The Board’s decision will now trigger detailed negotiations between the WMCA and the developers to finalise an investment deal.

Andy Street, Mayor of the West Midlands and chair of the WMCA, said: “Murdoch & Pitman is an iconic city centre building with a glorious history. This scheme will breathe new life into the building and the area, helping to safeguard a valued part of our local heritage.

“It is also yet another example of how the WMCA is putting its funding to good use to help drive forward a successful economic recovery from Covid-19 by transforming brownfield sites into new homes and communities, creating vital jobs in the process.”

The Murdoch Chambers & Pitman Building was originally built in 1896 by J Crouch and E Butler for Dean’s Furniture and the Pitman’s restaurant, which is thought to have been named after Sir Isaac Pitman, then vice-president of the Vegetarian Society and creator of Pitman’s shorthand.

The building features carvings depicting its early uses, showing diners at the Pitman Vegetarian Restaurant and workers at Dean’s Furniture offices. Pitman’s restaurant had expanded into a hotel by 1898 and was still open when Gandhi visited the city in the 1930s. Later uses of the buildings included offices and barristers’ chambers.

Cllr Mike Bird, WMCA portfolio holder for housing and land and leader of Walsall Council, added: “This is just the latest in a series of investment commitments we have continued to make throughout the pandemic, helping to provide market confidence and put in place the building blocks required to drive the region’s post-Covid-19 economic recovery plans.

“The plans for the Murdoch Chambers & Pitman Building show that with the right investment it is possible to reinvent our historic buildings in a way that remains true to their heritage but also meets the needs of the 21st century.”

With the on-going shift away from bricks and mortar retail to on-line shopping, it is hoped the scheme will also help revitalise the top end of Corporation Street, traditionally one of the city centre’s premier streets and also the location of other historic buildings such as the Grade I Listed Victoria Law Courts and the Grade II Listed Methodist Central Hall, which has stood empty for nearly 20 years.

In approving the investment in principle, the WMCA Board was told how the proposed development would restore and revitalise the entirety of the historic building and its façade, enhancing the historic and cultural distinctiveness of the local area and integrating well with the other Victorian architecture within the vicinity.

The Board was also told how the developer had committed to utilising modern methods of construction while reducing carbon emissions and that the aparthotel would support and address growing city centre housing and commercial market demand while providing additional jobs for the region.