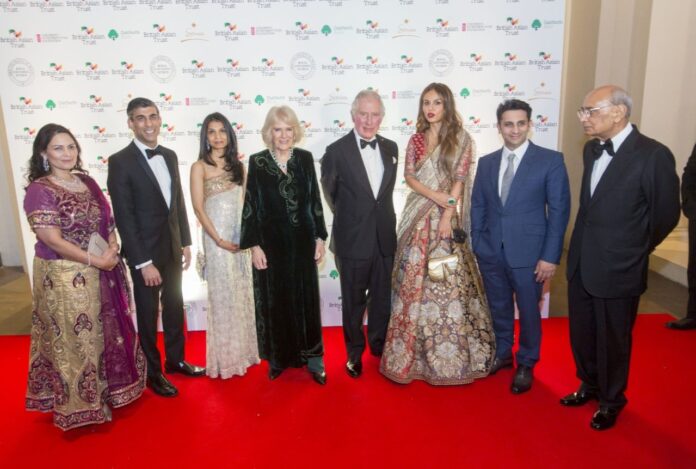 During his address, HRH The Prince of Wales His Royal Highness said: “I cannot quite believe it is almost two years to the day that my wife and myself were able to be with all of you to celebrate the work of the British Asian Trust. Since then, across the globe, there has been terrible loss of life from COVID-19 and we have especially seen the devastating impact throughout South Asia. In these most challenging times, the British Asian Trust has run four significant fundraising appeals which have so far raised almost £20m. A truly remarkable achievement in such a difficult environment.”

The British Asian Trust was founded in 2007 by HRH The Prince of Wales and British Asian business leaders to tackle widespread poverty, inequality and injustice in Pakistan, India, Bangladesh and Sri Lanka.

During the evening, BT announced the renewal of their support for the Trust with a commitment of £3m to support 200,000 adolescent girls in India.

Over the last year, the British Asian Trust raised over £10 million for its post-COVID recovery efforts, including £5 million for its Oxygen for India Appeal to support the country during its devastating second wave. It secured £2 million of matched funding from the UK government for the Trust’s Women’s Economic Empowerment programme, which will enable nearly 10,000 Pakistani women to find a job or start a business in a post-COVID world.

The British Asian Trust also launched the $14.4million Skill Impact Bond to bolster employment levels post COVID-19 by upskilling 50,000 Indian youth, with women making up 60% (30,000) of the beneficiaries. Other initiatives include the “Palaces on Wheels” charity cycle ride, which saw HRH The Prince of Wales ride a bicycle to see-off British Asian cyclists on a gruelling 400 km challenge.

The event was supported by OakNorth Bank and Soneva, a family of world-class resorts in the Maldives and Thailand.