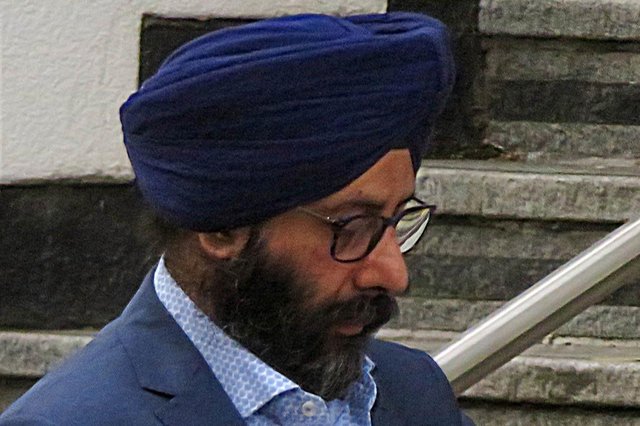 Due to a backlog caused by the Covid pandemic, an ex-councillor is to stand trial which is expected to last for five days, will not take place until January 2023

Former councillor from Warwick is to stand trial accused of failing to disclose ownership of a property he was receiving rent after he was made bankrupt.

All his dealings were passed into the control of the Official Receiver, and he was obliged to disclose all his assets to officials, but allegedly failed to do so.

Mr Sanghera also pleaded not guilty to failing to ‘deliver up’ the property in Walsgrave Road to the Official Receiver and making a material omission by failing to disclose a Nationwide bank account.

Sanghera denied further charges by failing to say he was receiving rental income from the property.

Asked by Judge Barry Berlin what the case was about, prosecutor Jas Dhaliwal said that Mr Sanghera had been made bankrupt in August 2017.

And it was alleged that he had then failed to disclose the property in Walsgrave Road when ‘the prosecution say he was the owner of the property at the relevant time.’

Mr Dhaliwal said the property was a house which was in multiple occupancy, and it was alleged Mr Sanghera had also failed to disclose rental income from it.

But the judge heard that Mr Sanghera’s case was that there was no dishonesty, and that he genuinely believed the information he provided at the time was accurate.

Judge Berlin said the trial, which the court heard has a time estimate of five days, could not be listed until 30 January 2023.

But adjourning the case for trial and granting Mr Sanghera unconditional bail, he also ordered that it should be listed for a pre-trial review in June next year.

Mr Sanghera had been elected to the district council in May 2019, but in August of the same year he accepted a ten-year bankruptcy restriction undertaking.

As a result of that he was disqualified from sitting as a councillor.