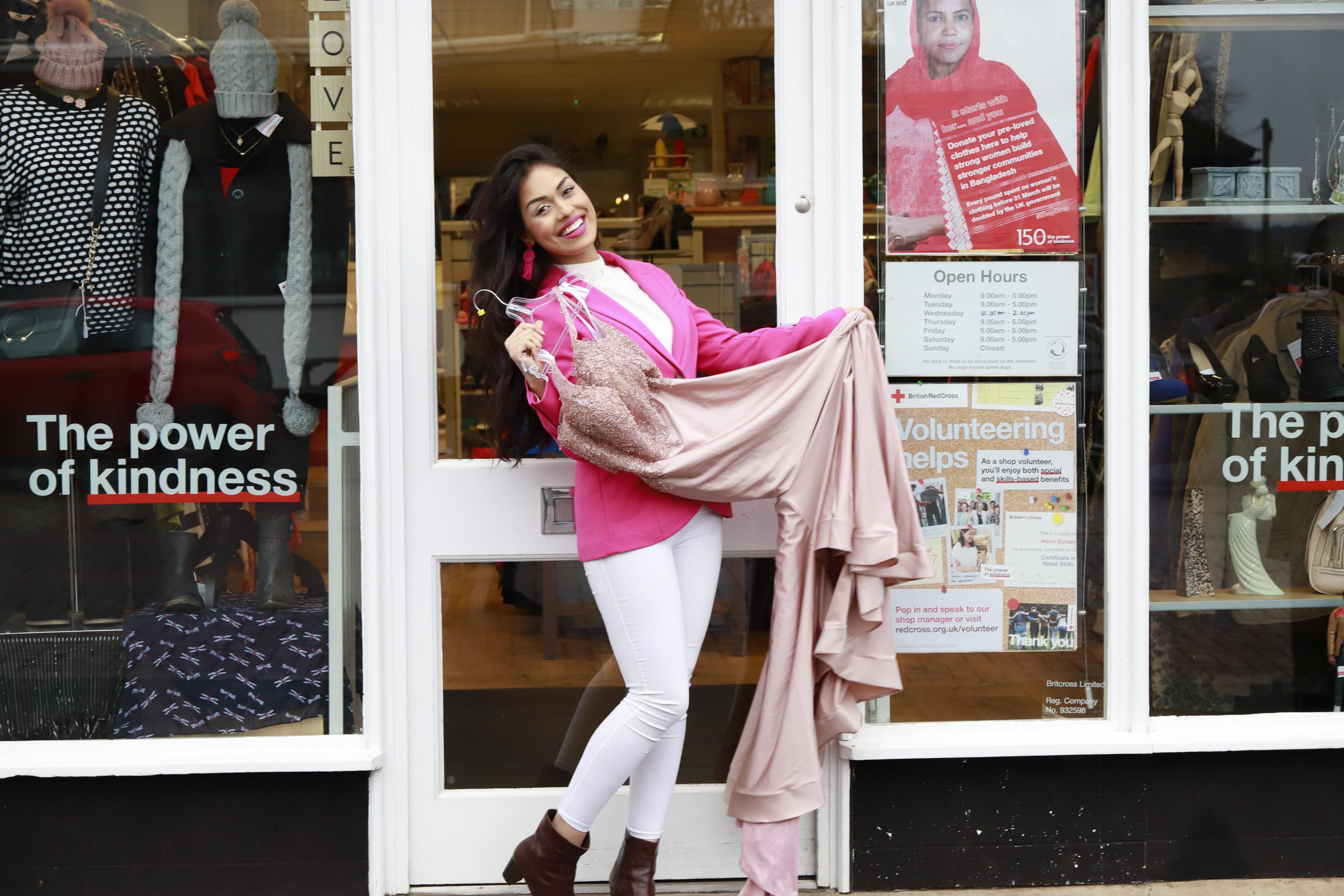 Dr Bhasha Mukherjee, the first South Asian woman to be crowned Miss England, has donated the “Ellie Wilde” dress she wore for her entry photo to the Miss World pageant in December, as well as a number of other items, in support of women in one of the most disaster-prone places on earth.

The sleeveless designer gown has a plunging V-neck, sheer bodice with lace appliques and stone accents and is expected to raise a considerable amount at auction.

All money raised from the sale of women’s clothes and accessories donated to British Red Cross charity shops before 31 March will go towards the It starts with her campaign, a UK-government backed drive to help women in slum communities in Barishal, Bangladesh.

The women there battle poverty, violence and extreme weather but are fighting back with the help of British Red Cross programmes that help them to build their own and others’ livelihoods. 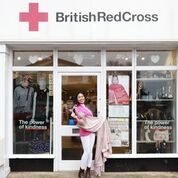 Bhasha, 23, who is also a junior doctor, said: “For me, donating this dress is very special. The dress is from Ellie Wilde and it was one of the dresses that I wore on the cover of India’s Health Magazine, and that was a very empowering moment for me.

“I am donating this dress to help empower other strong women living in disaster-prone communities in Bangladesh.”

It starts with her will help women’s businesses to thrive, through training and small cash grants, so that they can earn enough money to support their families and build savings for the future – making them more resilient to cope with the everyday and during a crisis.

“I think it’s really important for other women in the UK to be supporting strong women on the other side of the world.”

“We are so grateful to Dr Bhasha for her generous donation, which will help us to support thousands of women in Bangladesh to build sustainable livelihoods.

“As Bhasha’s dress is so valuable, we will be selling it by auction on our Ebay site, allowing us to raise the most money possible for the It starts with her campaign.

“Between January and March, all money raised from the sale of women’s clothes in British Red Cross shops will go towards this campaign and will be doubled by the UK government. So by donating or buying clothes from our shops you can also help change lives.”

Zoe Abrams, Executive Director of Communications and Advocacy, British Red Cross said: “Our It starts with her  appeal makes use of our 150 years of experience to help women in vulnerable communities be better prepared for when the worst happens.

“When women come together, they are powerful and in the wake of a crisis that strength is needed more than ever.  When it comes to picking up the pieces, rebuilding lives and creating a sustainable future that reaches every single corner of a community in the aftermath, it starts with her. Which is why we think building women’s resilience is worth investing in.”

The campaign aims to raise £2m, which the UK Department of International Development (DIFD) will double to £4m through UK Aid Match.

How to Compose My Paper Cheap

Confident in the just created bio and your additional visibility photographs, we went back to swiping prior to taking a shorter rest. After I...