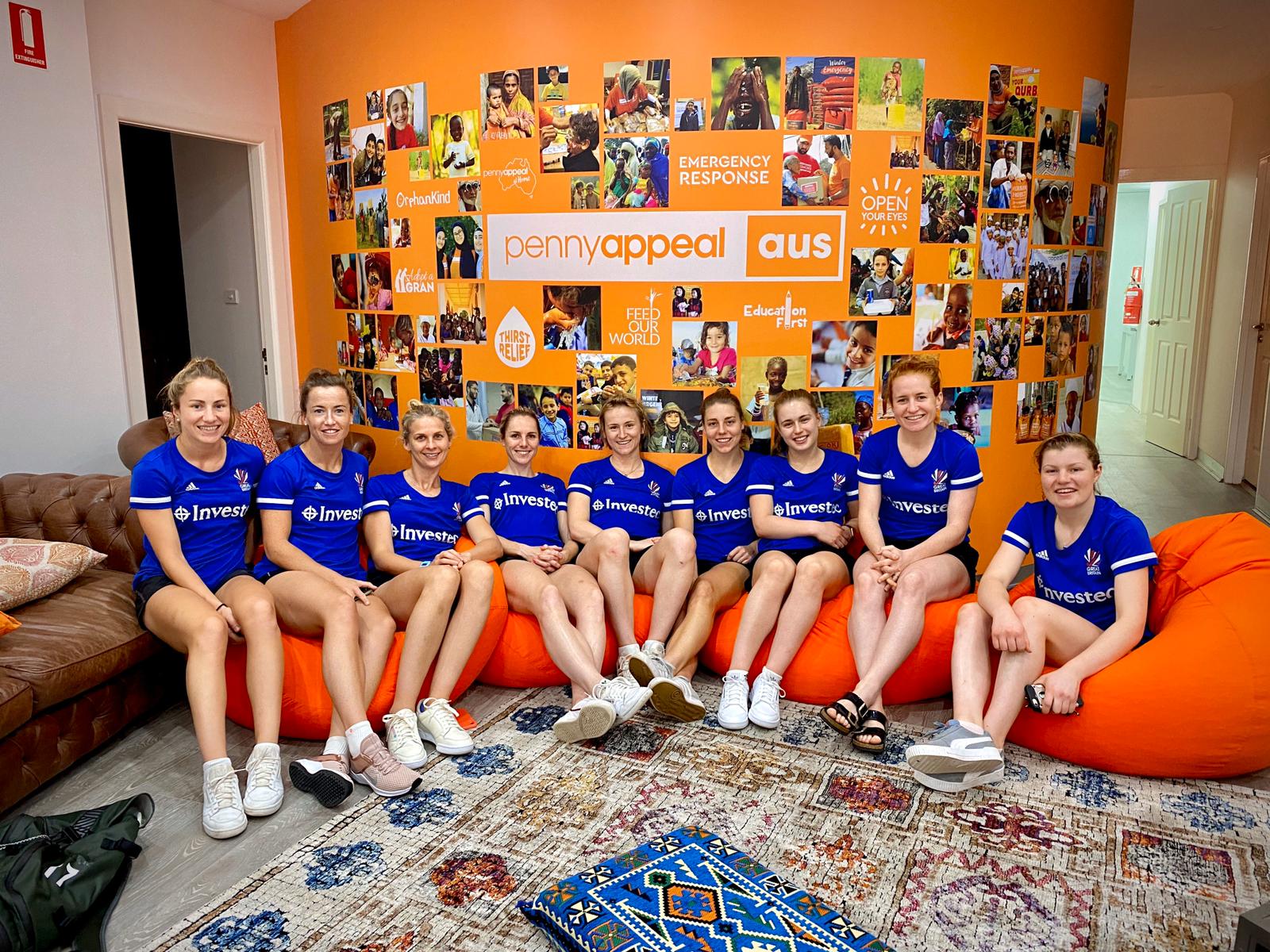 Global humanitarian organisation, Penny Appeal Australia welcomed Great Britain’s national women’s hockey team to their Belmore office on Thursday to congratulate them on their effort to raise awareness of the ongoing bushfires currently burning across Australia.

The current Olympic champions toured Australia last week to take on the Kookaburras and Hockeyroos ahead of their new FIH Pro League season starting in February.

Saddened by the news and images of the devastation caused by the ongoing bushfires in Australia, the international athletes wanted to directly help affected communities by successfully raising more than £4,300 ($8,600 AUD) in less than one week since the launch of their online fundraise to support Penny Appeal Australia’s efforts to assist bushfire victims.

“For us, it really hit home because as soon as it was confirmed that we will be travelling to Australia, we wanted to help in any way and make a difference while we’re there,” she said.

“We all agreed that we would feel better of contributing in some way and make a difference in the lives of those affected.”

“What appealed to us most about Penny Appeal Australia is their team culture,” Ms Hinch said.

“We wanted to feel involved in the process because we are a team that prides ourselves on values to make a difference.

“The organisation showed us what goes into the packs, how they’re packed, and how they’re delivered directly to those affected, so the opportunity to meet with them, get to know their work and get hands on has been massively important in helping us to spread a positive message back home and help get more support for those affected by the bushfires.”

Over morning tea, Penny Appeal Australia’s staff and volunteers presented videos, reports and testimonies from recipients of recent distributions at Lithgow RFS and the Katungul Aboriginal Community and Medical Centre in Batemans Bay.

Jasmin Ghandour, who is the charity’s Head of Fundraising said that this is the first time that Penny Appeal Australia has worked directly with an Olympic team.

“It was a very big and delightful surprise to us all to have Olympic champions reach out to us to extend their support to the Australian community,” she said.

“To us, the opportunity to host the team in our own space and show them exactly how their efforts will improve the lives of so many people is humbling.

“Both the effort and support of these ladies and their followers is incredible…we cannot thank them enough.

“We wish them the best luck in the upcoming games.”