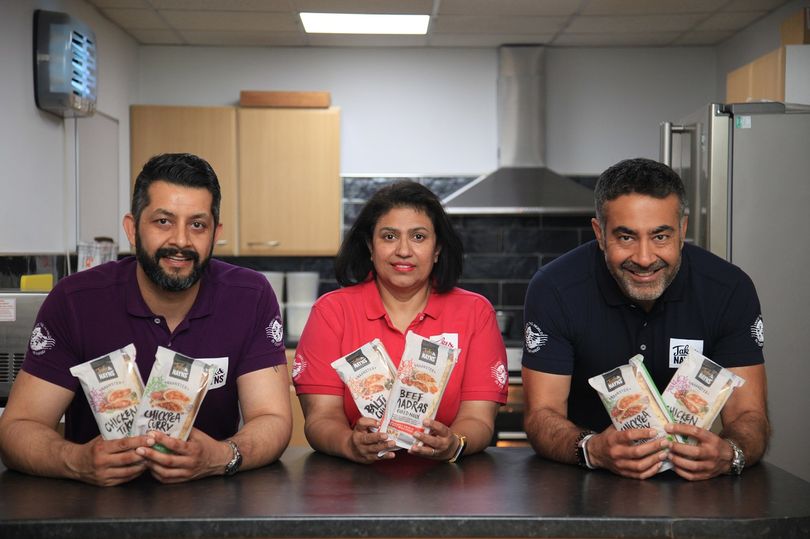 A Leicester family business that has been making street food on the go has plans to create 150 new jobs,

Food Attraction, which has the Jake and Nayns’ brand, is investing millions of pounds extending its Leicester premises.

The business, based in Langham Road, Hamilton, has seen growing demand for its naan breads that are filled with a variety of fillings.

The brands are sold in major chains such as Sainsbury’s, Co-op, WHSmith and Londis.

The business makes 50-75,000 items a week, which also includes a range of four ready-to-east burritos and two types of samosa

With the backing of HSBC, Mr Karia – who runs the business with his brother Naynesh – said they had been able to buy two units next door to their existing 10,000 sq ft premises.

The new sites already have about 10,000 sq ft of ground floor space but the plan is to add a second floor to both.

Mr Karia said: “Naanster is our biggest range, and food-to-go is the fastest growing food market at the moment.

“The additional manufacturing space will help us increase production capabilities and allow us to meet the rising demand for our products.

“We’ve bought quite a good sized plot which includes the whole courtyard that we are already based in, the two units and a car park.

“I think we will start the building work by August, which should take four to five months.

“The plan is to start recruiting in September or October.

“We want to be a darling of Leicester. There is so much to offer here and when you think of some of the other big brands based around the city, like Walkers and Pukka Pies, you want to continue that trend.

“We’re extremely proud of the fact that we’ve managed to retain the family feel of the business at the same time as experiencing huge growth.”

Mr Karia said they were initially inspired to start the business by their mother’s aromatic cooking.

He said they have held back on expansion because of the uncertainty over Brexit but now felt confident “regardless of who is in power” to go ahead with the plans.

David Tomlinson, area director at HSBC UK East Midlands business banking, said: “The UK’s food-to-go sector is rapidly growing, so it is a great time for Food Attraction and the Jake & Nayns’ brand to expand.

“The new premises will provide plenty of room to fulfil their growth ambitions, with the aim of investing in the local community through the creation of up to 150 jobs

“The company has great plans for the future, and we wish them the very best.”