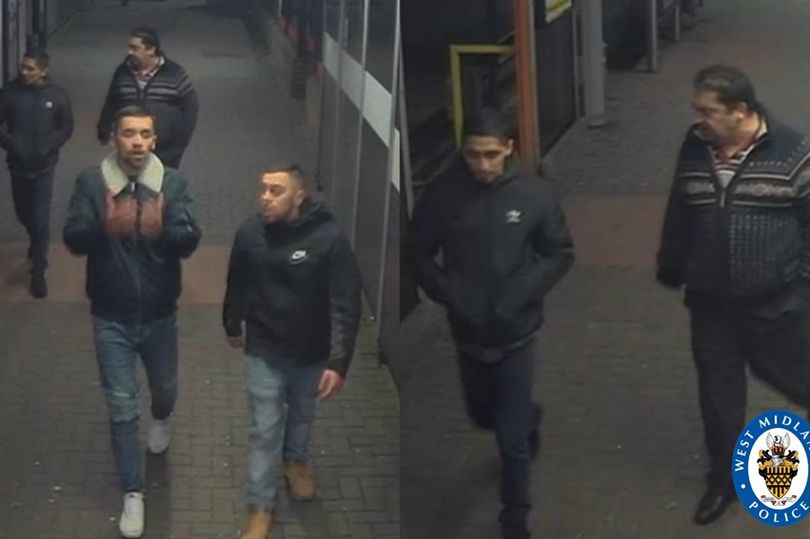 West Midlands Police have released a CCTV image of four men they would like to speak to.

A 64-year-old man was forced to hand over £20 to a robber to retrieve his phone moments after he was threatened at knifepoint.

West Midlands Police said the 64-year-old was waiting for public transport at Dudley bus station when he was targeted at around 12.30am on Sunday, January 5.

But the victim managed to get his phone back after handing over £20, a spokesman for the force revealed.

CCTV images of four men police would like to speak to has since been released.

An online appeal reads: “Do you recognise any of these four men?

“We’re investigating a robbery at Dudley bus station at 12.30am on Sunday, January 5, while a 64-year-old man was waiting for a bus.

“Four men approached him, produced a knife and grabbed his phone off him. He managed to get his phone back, but only after handing over £20, before they escaped.

“Anyone with information can contact us via Live Chat at west-midlands.police.uk between 8am and midnight or call 101 anytime.