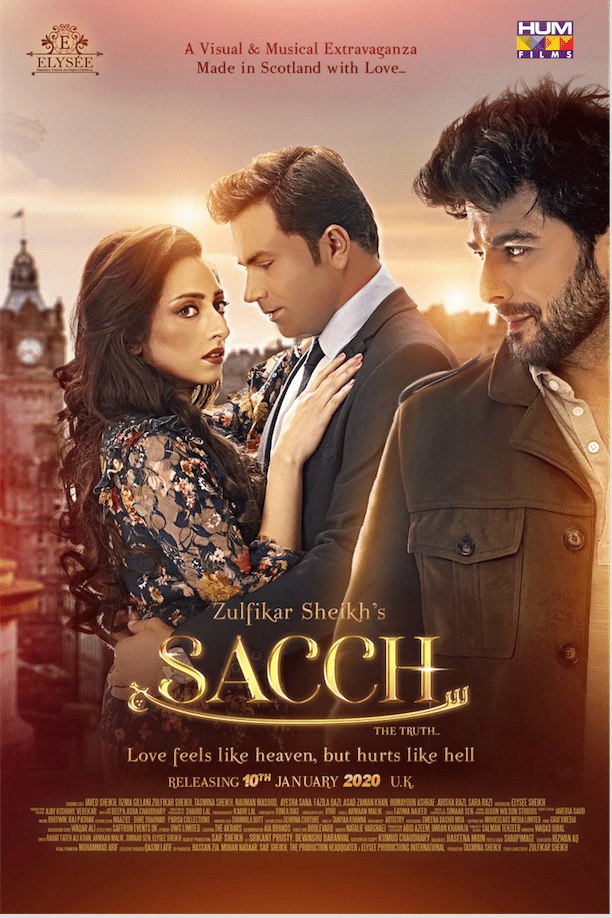 The first ever Pakistani film to be shot in Scotland – SACCH – will have its UK release under the banner of HUM Films on 10th January 2020. The film also marks the first time the Pakistani, Bollywood and British film industries have come together to produce an international film.

Sacch will release across the UK in the following Cineworld and Odeon cinemas:

Leading Scottish talent can be seen both on and behind the screen in Sacch. The film is produced by renowned Scottish politician turned producer, Tasmina Ahmed-Sheikh OBE who makes her debut into film production with Sacch. It is directed by acclaimed Scottish based director Zulfikar Sheikh and its lead star is Scottish actress Elysee Sheikh who makes her silver screen debut in the film. Sacch also features supporting actors and dancers from Scottish casting and dance companies.

Sacch releases across the UK on the 10th of January 2020.