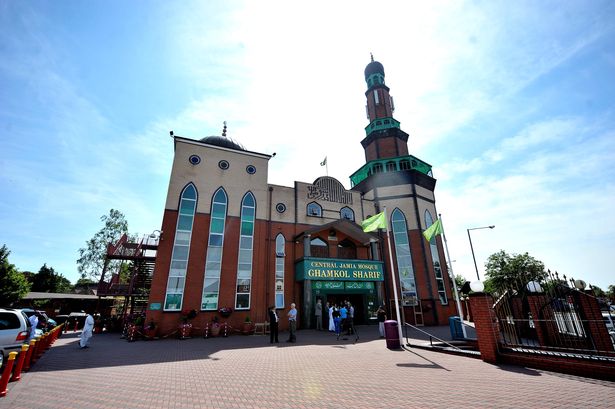 A former mosque trustee who was convicted of physically assaulting an eight-year-old child is still acting as a volunteer.

Over 50 demonstrators including parents gathered outside Central Jamia Ghamkol Mosque in Small Heath on 5 December furious that Saddique Hussain is still acting as a volunteer.

The Ghamkol Sharif Education Centre, where the incident took place, was closed on April 1 immediately after 53-year-old was arrested.

Hussain, first became involved with the Jamia Ghamkol charity in 1982 and has been a key member of the new mosque since it opened in 1997. 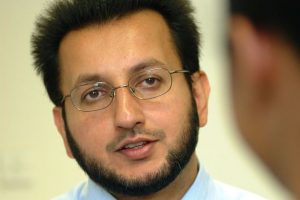 He insisted the education centre’s closure had nothing to do with his arrest. He says its doors were closed after he uncovered failings in procedure, particularly involving volunteers.

Hussain, who stepped down as a mosque trustee, also said he will challenge his conviction.

The parents claim Central Jamia Ghamkol top brass have supported Hussain and threatened to ban some individuals who have spearheaded the protest.

In letters, leaders accused some demonstrators of over-stepping the mark. One accuses a worshipper of mounting a campaign of “intimidation, bullying and threats of violence”.

The letter warns: “This is not a formal notice to ban. Instead, it is a notice to pre-warn you if we experience any further disturbances of any nature on the premises or threats or intimidation against beneficiaries or trustees then we will formally ban you.”

The trial took place at Birmingham Magistrates Court on November 28, Hussain was found guilty of assault by beating, fined £180 and ordered to pay £450 costs and compensation to his victim.

It is understood Hussain, grabbed his victim while attempting to break-up a fight.

The incident was followed by the closure of the centre, which provided religious education and day out activities to around 300 children.

One parent, who asked to be referred to as Kam, said: “He is still working at the mosque and there is an attempt to silence people who want him out. They have sent out letters warning of bans and continue to deny he has done anything wrong.

“After Hussain’s arrest, he was interviewed on a news channel and said he’d done nothing wrong. People are angry. It now needs to come into the public light as a week has past and some are still saying he did nothing wrong because he didn’t receive a jail sentence.”

Kam is incensed the education centre has been closed following the controversy.

He said: “My seven-year-old daughter was in the final year of her education. She cried when the closed it down. It wasn’t necessary. It’s the children who have suffered in the wake of the process.”

And he strongly refutes claims demonstrators caused disruption. “The only disruption came from security officers who wanted to move us on,” he added. “It is our legal right to protest. We were on the car park outside.

“Tensions are high because this has been going on since April. They won’t answer us, they just threaten to ban us which is unacceptable. We, the public, fund the mosque, so our voices should be heard. I’ve sent emails, no response. I’ve spoken to trustee members, no response. I’ve tried to arrange meeting, no response.”

A fellow worshipper, who asked to remain anonymous, said: “There seems to be an attempt to sweep this under the carpet, which, in this day and age, is something you cannot do.

“The correct course of action should’ve been to remove him from the education centre, not close it.

Notices pinned inside the mosque shortly after Hussain’s conviction have done nothing to ease the simmering tension.

A personal, printed statement from the defendant.states: “At no time did I punch, hit or slap the child. I just held his arms from behind him.

“I am disappointed with the verdict and it demonstrates how challenging it is for anyone who works in an educational establishment and especially when children start to fight each other and what you can do to stop them from fighting.”

A notice outlining the trust’s stance states: “As many of you will be aware, the charity has faced various accusations by some people and various posts have been put out on social media and some people have even demonstrated outside the Masjid.

“This statement is to refute the above and explain our position.

“There was a fight between two children outside in the corridor and some children came into the office telling him about the fight.

“He went out to investigate and helped separate the two children. One of the children continued being aggressive, punching, kicking and then throwing shoes at people. Saddique tried to calm the chlld,but failed and then restrained him by holding his arms.

“At the time I was a trustee, I’ve stepped down as a trustee. I have never been in the dock before. The trustees – some of whom were witnesses at the trial – accept the judgement, obviously, but they are supportive.

“This thing has affected me and my family. Initially, my family were confused. My character has been destroyed, to a degree. Absolutely, this is a vendetta by certain individuals, absolute false information has been posted about me and I am taking legal steps over that. A group of individuals are trying to take over.”

Hussain said he was paying the price for ruffling feathers over his insistence the education centre was run by the rule book.

“On a personal note,” he added, “certain people were not happy with my involvement because my aims are to deliver due process. I believe in good practice. I’m 53 with a lot of experience of social-economic work.

“The centre was lacking in policies and procedures. There were some serious issues, particularly in terms of the use of volunteers.”