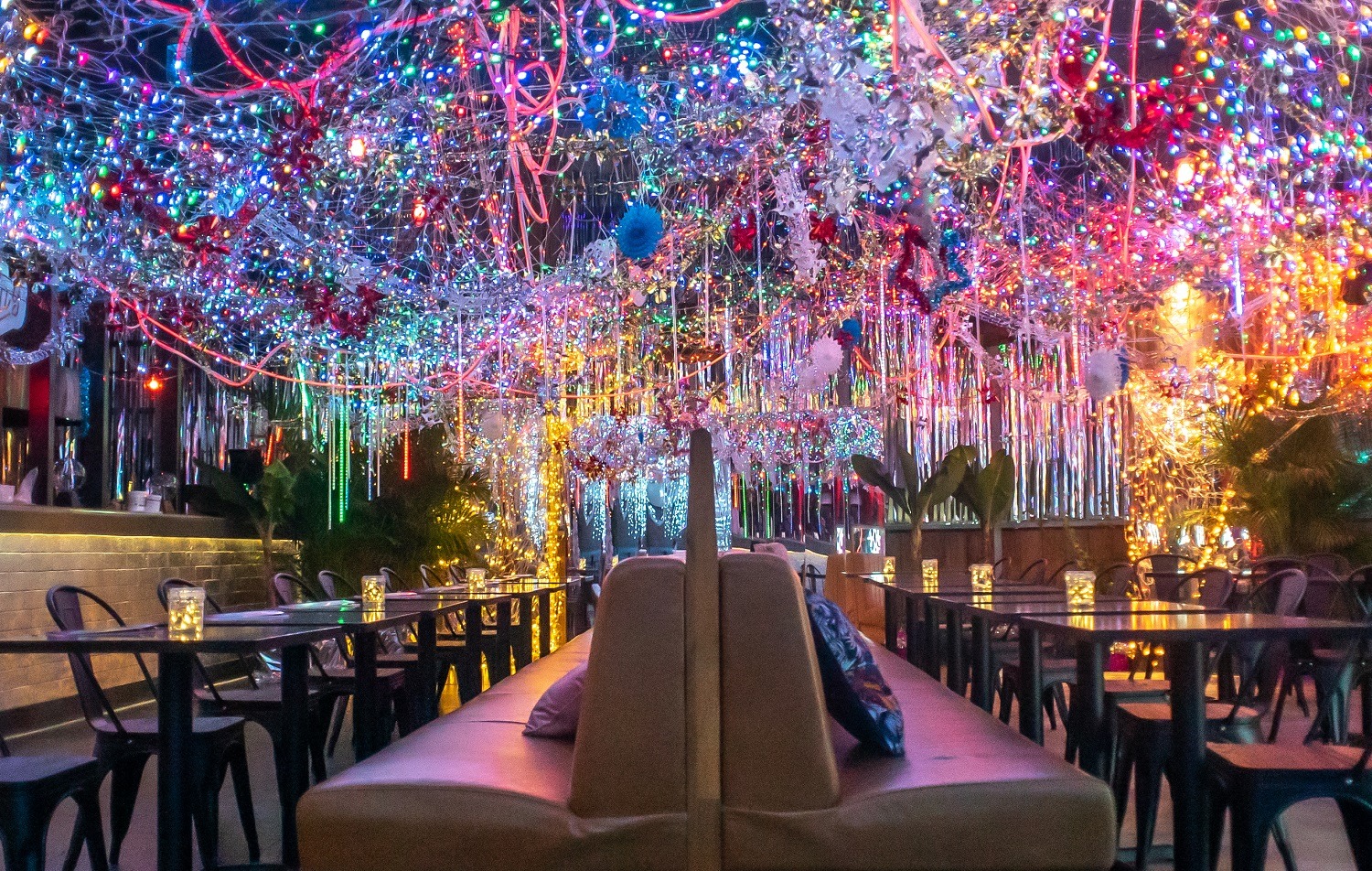 A fairy lights extravaganza has popped up in Birmingham with “enough illuminations to reach the top of Everest.”

Once Upon A Time In Birmingham has opened its doors in the old Jamie’s Italian restaurant overlooking St Martin’s Square.

Imagine the spectacle that would occur if an entire city’s fairy lights were garlanded in a single space…The merry and bright installation will not only be illuminating, but also delicious with all the menu items designed to glow or sparkle.

The Christmas installation features 88,000 fairy lights, over 9km of lights and a host of mirrors in a grand sparkling interior. This is more festive lights per square foot than anywhere else in Britain.

Staff will serve drinks that glow, sparkle, and change colour and as well as an array of innovative festive food.

It’s been designed by Bompas & Parr who wanted to celebrate the humble fairy light.

Stephanie Lacey, general manager at Bullring & Grand Central, said: “Once Upon a Time in Birmingham will be a truly immersive experience that is not to be missed.

“At Bullring & Grand Central, we’ve got a great track record of putting on events that amaze and delight, and this will be no different. Birmingham has never seen anything like this before.”

Customers can also take part in carol-oke and Christmas games during their visit.

Once Upon A Time in Birmingham is open from now until December 23.

Make sure to book your tickets now as its a not to be missed event for this festive season.