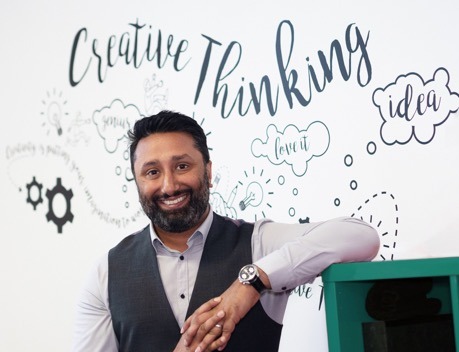 Hosted at Aston Villa Football Club, the MBCC awards is now in its fourth year and was the brainchild of Zoe Bennett, who, following the tragic death of her father was assisted in her quest for justice by Gavin Williamson MP.

As a thank you to Gavin, and in a bid to recognise other local heroes, Zoe created the MBCC awards. By showcasing selfless, considerate people who will always go the extra mile, the MBCC awards shines a much deserved spotlight on unsung heroes.

The Special Recognition Award was given to Jamil because of the considerable time he spends working with charities, community interest companies (CICs) and young apprentices.

“I’ve long believed that businesses should combine their commercial endeavours with charity work,” explained Jamil at the awards ceremony. “We’re in a fortunate position where we can make a real difference both via the work Bootcamp Media undertakes for clients and also with the influence our brand has in the industry.

“Bootcamp Media spends a significant amount of time appearing at and sponsoring charitable events, and I personally love working with organisations and individuals who aren’t just in it for the money. It’s why I invest a lot of my time in working with CICs and not-for-profits.”

The Bootcamp Media team has offered work experience placements for a number of apprentices – a strategy that played a big role in Jamil receiving the award.

“We love apprentices at Bootcamp Media,” he explained. “Finding work experience that helps you build confidence and skills within an industry is hard, and just like the charitable work we undertake, our team is in a brilliant position to help people who are just finding their feet in the industry.

“I’m delighted to have received the Special Recognition Award at this year’s MBCC Awards, but I’d also like to dedicate it to the Bootcamp Media team and the organisations we work with.”

To find out more about the MBCC awards, click here.

To find out more about Bootcamp Media,click here.