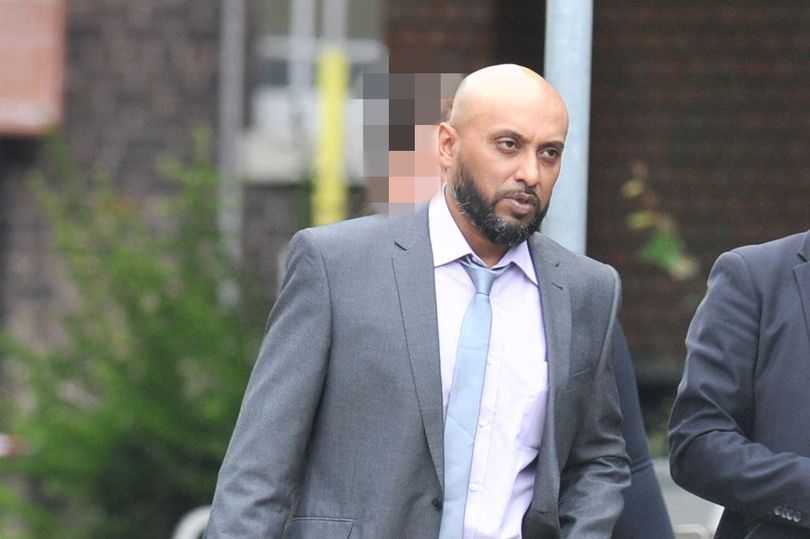 A dad-of-three jailed for 28 months who was caught with cocaine pleaded with the judge not to be sent to jail for the sake of his young family.

Abdul Kahir aged 42, was caught with drugs as he vacuumed his car at a petrol station in the Midlands.

Kahir, pleaded guilty to possession of cocaine with intent to supply at Stoke-on-Trent Crown Court.

Police received a tip-off which led to officers searching the defendant’s vehicle and recovering four wraps of cocaine and £320.

Mr Longworth said: “He was vacuuming it at a petrol station on Festival Park. Officers found a sock containing four wraps of white powder hidden in the centre console, a mobile phone and £320.

“He told police he had been out of work and had a wife and two children, with another on the way, so he had been dealing for six weeks.”

In his police interview the defendant said he was paid £150 a day selling each wrap for £40. He said he received postcodes on a text so he knew where to deliver the drugs.

Kahir, of Tolkien Way, Hartshill, pleaded guilty to possession of a class A drug with intent to supply.

Mr Muldoon said: “He started to take cocaine and quickly got into debt. He was offered a way out – to drive around and provide pre-packaged drugs for others and take the money. He debt was reduced by £100 and he was paid £50 in cocaine.”

Mr Muldoon asked Judge Dean Kershaw to consider suspending any prison sentence as the defendant has a wife and three children and he was frank with the police.

He added: “His wife and young children are going to become victims of his offending.”

Jailing the defendant, Judge Kershaw said: “The police received some intelligence which turned out to be true. They found four wraps of cocaine. They also recovered £320, which must have come from drug dealing.

“You explained immediately to the police that you had been dealing drugs for about six weeks. You were in financial problems, you had a family to support and that was the purpose behind it.”