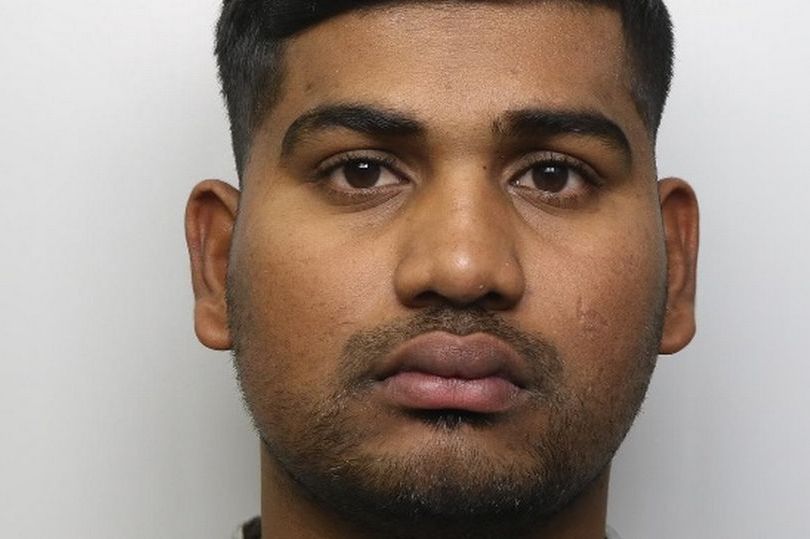 A man was pushed onto tube tracks in London by a drunk trainee accountant after a night out has had his jail term increased.

Mathuram Muthuraja, 23, forcibly shoved Harsha Jayasekera off the platform at Barons Court underground in Kensington, shortly before a train was due to pull into the station.

Muthuraja, of Northolt, Ealing, west London, was jailed for three years at the Old Bailey in July after being convicted of attempting to cause grievous bodily harm.

On Wednesday his sentence was increased to five years at the Court of Appeal after leading judges ruled the original term was “unduly lenient”.

Lord Justice Holroyde told the court Muthuraja and his victim did not know each other but were at the same party on October 28 last year, before heading to central London with the group he was in.

CCTV showed him behaving in an aggressive manner and some members of the group tried to restrain him.

But he managed to run past them and push Mr Jayasekera, who was standing talking to his wife, off the platform.

The victim was knocked unconscious and members of the public managed to pull him to safety before a train arrived.

There was no injuries and Jayasekera was discharged from the hospital the next day.

Muthuraja admitted a lesser assault charge, but was found guilty by a jury of attempting to cause grievous bodily harm.

When passing sentence, Judge Heather Norton QC said there could have been “horrific” consequences and it was sheer “good fortune” Mr Jayasekera was not badly hurt.

The judge said being drunk was “no excuse” and that Muthuraja was not in such a state he did not know what he was doing.

Lord Justice Holroyde, sitting with Mr Justice Julian Knowles and Judge Nicholas Dean QC, found that the original sentence was too short in the circumstances of the case.

He said: “The jury were satisfied that the offender intended to cause really serious harm.

“He intended to achieve that intent by pushing Mr Jayasekera on to the tracks of a busy underground station.

“As the judge noted, there was an obvious and high risk that Mr Jayasekera would come into contact with the live track or be struck by a train.

“In either of those circumstances, there was a very high risk that he would be seriously injured or killed.”

Muthuraja’s sentence was referred to the Court of Appeal by Solicitor General Michael Ellis QC under the unduly lenient sentence scheme.

Speaking after the hearing, Mr Ellis said: “The aggressive and deliberate actions of the offender caused the victim pain and could have ended his life.

“With this in mind, it is right that the Court of Appeal lengthened the offender’s sentence.”