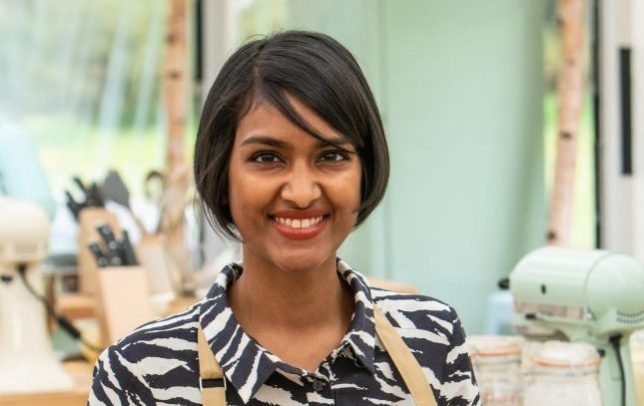 East Midlands contestant Priya O’Shea is the latest to be eliminated from the Channel 4 Great British Bake off show.

Marketing consultant Priya has avoided the boot during the last two weeks and on Tuesday 1 October her luck finally ran out.

Fellow struggler Michael, who could have been sent home in Priya’s place, but got the benefit of Paul and Prue’s doubt.

She said after the show: “I have learned so much. It’s felt like such a privilege to be in the tent.

“Just a year ago I was kind of a bit stuck, and I thought I am just going to do the things I enjoy.”

She added: “I hope my experience inspires other people to pursue their passions.

“I left a corporate job after a decade and didn’t know where to start, so I simply started with the things that I love to do and I’d say it’s worked out pretty well.”

Paul Hollywood and Prue Leith were not impressed with the signatures challenge which kicked off Dessert Week, after several contestants failed to master their meringues.

Priya was criticised for her unappealing “mauve” icing.

After the show she tweeted: “I’m not crying, you’re crying.”

Fans weren’t especially sympathetic to Priya’s plight, especially as many believe she should have left the tent last week, or even the week before.