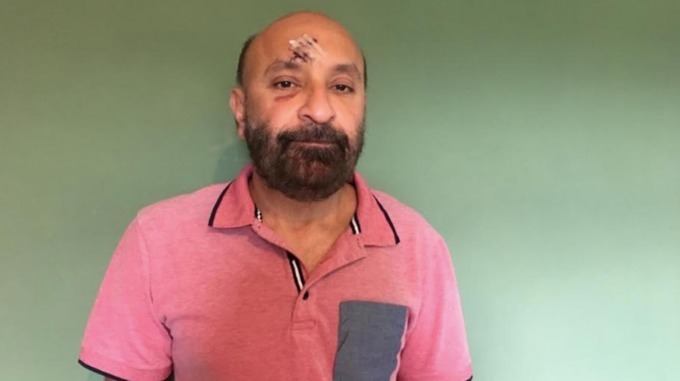 A postmaster from Burton was woken up around 4am to find three armed robbers on his landing in his house.

The gang hit Mohammad Ali over the head with a crowbar and threatened him with a gun.

Mr Ali from Burton was woken up at around 4am on Friday, September 13, were armed with a gun, a knife from his kitchen and crowbar.

The attack happened at the post office in Main Street, Stretton, which is attached to Mr Ali’s house, and saw the burglars leave with thousands of pounds.

Mr Ali is offering a reward of £1,000 out of his own pocket for any information which leads to a successful prosecution.

The 52-year-old said: “We are all traumatised. I was sleeping and around 4am I heard footsteps on the floorboards.”

“I came out of the bedroom and three individuals were on the first landing.”

“One of them was standing very close to the entrance of my bedroom, so I grabbed him from behind and he turned round with a big kitchen knife and a crowbar.”

“I think he hit me with the crowbar. I grabbed it and pushed him downstairs and over the banister.”

“With all the noise of him going over the stairs and voices on the landing with me having a go at the guy, my wife and two kids came out of their rooms as well.”

“I tried to hit the guy with the crowbar and the third guy appeared holding a shotgun.”

“He was asking for the crowbar and then a shot was fired into the wall.”

“My family shouted to give it to them as they were going to shoot us. I put it on the floor of the landing.”

“Then they duct taped us all and demanded we should give them the cash.”

One of the men stayed with the family while the other two – one of which looked to have a limp from falling down the stairs – took Mohammad Ali to get the cash.

Mr Ali was left with a head injury which needed five stitches. It was first thought he might have suffered a fractured skull and he was taken to Burton’s Queen’s Hospital.

The postmaster said the burglars had gone into the house to try and find the keys to the post office.

Although he already had security measures in place, Mohammad Ali will now be introducing more around the property.

It’s not the first time the post office had been targeted – there was a similar incident in 2017, but the offenders never went in the house part of the property.

Mohammad Ali said: “It is quite a busy road and was the early hours of the morning so quite a lot of people were around.”

“Somebody must have seen the car parked while it was picking them up, they left between 5.50am and 6am.”

Staffordshire Police has previously said one of the robbers was wearing a grey tracksuit, the second was also wearing a dark tracksuit and the third was wearing a blue jacket.

Anyone who witnessed the raid or has any information should call 101, quoting incident 87 of September 13.

Alternatively, they call the independent charity Crimestoppers, anonymously, on 0800 555 111.