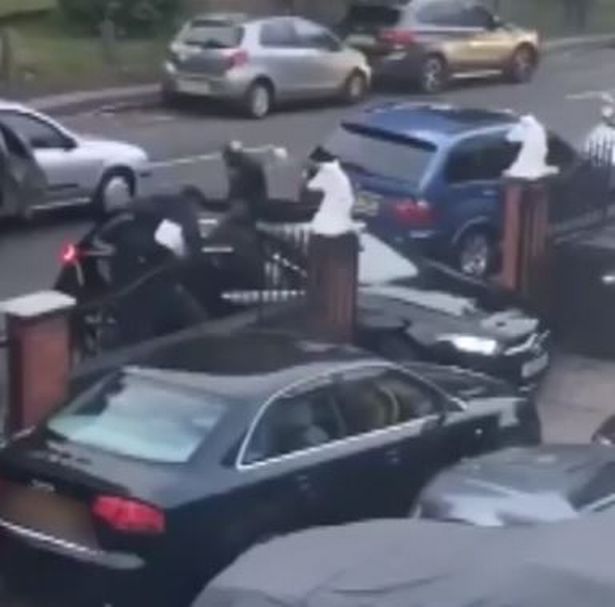 Brave neighbours ran to help a carjacking victim as masked thugs violently tried to pull him from his Mercedes.

The victim was stopped outside his house on Yardley Green Road.

The thugs can be seen lashing out at the motorist, as he remains behind the wheel of his black Mercedes A-class.

The driver clings on to his car as members of the public race to the scene to help and the attackers flee.

They can be seen climbing into two cars, thought to be a Nissan Almera and Honda Jazz, before slowly driving away.

The horrific attack happened shortly before 7.30pm on Monday, September 9.

“A man was driving his Mercedes along the road when he noticed a car pull up close behind him and another which sharply stopped in front of his car.

“A group of men exited the cars and smashed his driver-side window, before assaulting him and attempting to pull him from the car.

“The men made their escape when residents on the road intervened.

“Enquiries continue and anyone with information is asked to contact us via Live Chat at west-midlands.police.uk between 8am and midnight or call 101 anytime, quoting crime reference 20BE/214584N/19.