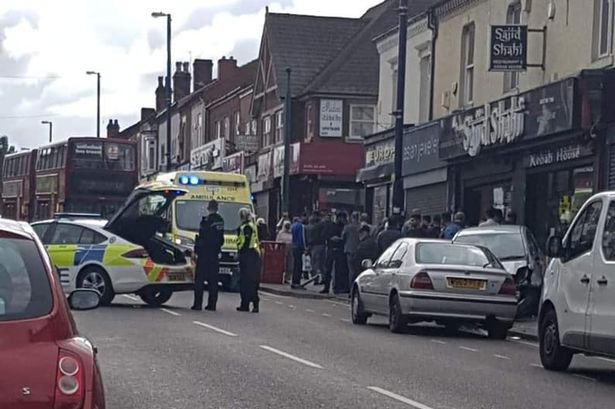 A car mounted a pavement and hit two pedestrians, including a traffic warden, in what appears to be a freak accident just after 10.30am on 7 September on Alum Rock Road.

A spokeswoman for West Midlands Police said: “Police were called to a collision on Alum Rock Road just after 10.30am this morning where a car mounted the pavement and injured two pedestrians.

“One suffered a head injury and the other a broken leg. Enquiries are on-going.”

No arrests have been made and it is understood the crash was an accident rather than deliberate act.

A spokesman for Birmingham City Council said the traffic warden was ‘in good spirits’ and being treated in hospital.

Users took to social media to comment on the drama.

One posted: “It looked pretty bad, I’ve just drove around there, 2 ambulances and a number of police cars blocking the road.”

Another wrote: “Shockingly awful, hope the person is ok.”

A spokesman from the Alum Rock Community Forum said: “Very disturbing scenes once again in an area where there has been many knife and gun crime- some of which have been very critical.”