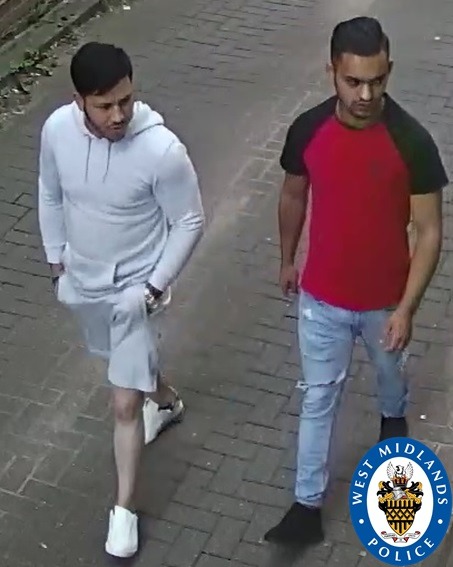 West Midlands Police want to speak to these men who are suspected of targeting vulnerable women across Solihull and Sutton Coldfield.

Officers have been carrying out extensive enquiries after four women – aged over 70 and with visible walking difficulties, have had their handbags with personal belongings snatched.

In three cases the victims’ bank cards were then used to steal cash.

The victims – the oldest who was 87 – were approached during early afternoon between 18 and 22 July, and the offenders made off in a green Peugeot. This has since been recovered and is subject to further enquiries.

DC Julie Stokes, from force CID, said: “These were traumatic experiences for the victims and some have been left frightened to go out on their own now.

“It was a despicable act to target these knowing they were vulnerable due to their age and walking difficulties.

“We have carried out extensive enquiries to date which includes trawling through hours of CCTV footage. We are now confident the same men were involved and I would urge anyone with information which can help us to get in touch.”