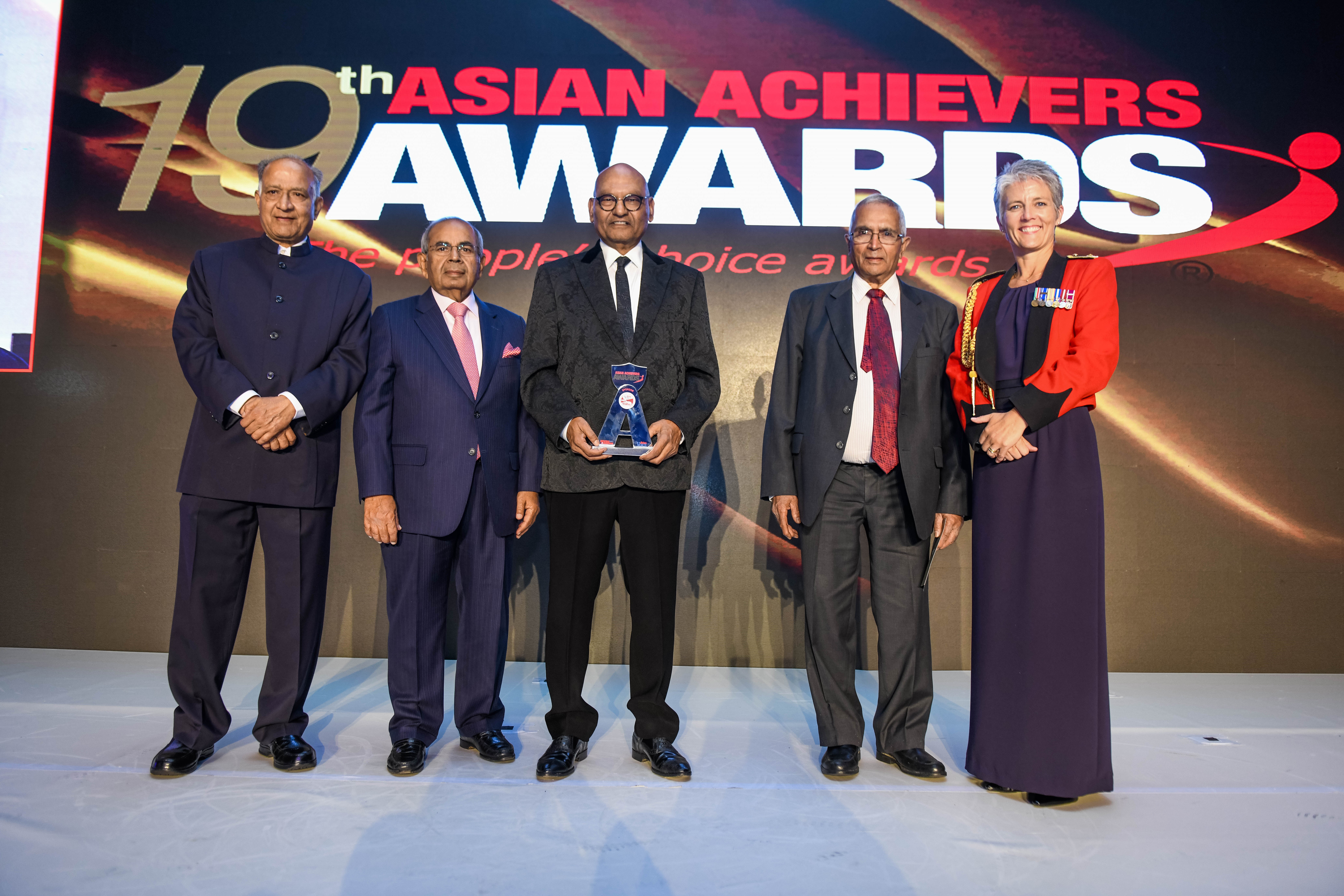 Hosts, actor Nitin Ganatra and Nisha Parmar, semi-finalist of BBC’s Masterchef UK, were joined by business tycoons, entrepreneurs and dignitaries, including Jeffery Archer, whose skilful auctioneering helped to raise a staggering £150,000 for this year’s chosen charity Yuva Unstoppable, a youth movement in India that works towards educating underprivileged children.

Mr. CB Patel, Publisher/Editor, ABPL Group says:“This year our theme is inclusivity. As you know inclusivity is not just about diversity, but about being inclusive of everyone. That’s why we have so many shortlisted candidates this year from the LGBTQ community. Today historically, it also completes one year of decriminalisation of homosexuality in India – a step in the right direction under the leadership of our Indian Prime Minister Narendra Modi.

“Societal exclusion, identity seclusion and isolation from the society are still the stark realities faced by many individuals, and for Asians it’s even harder. So, our job as always, is to set an example, not only through our publications of Asian Voice and Gujarat Samachar, but especially through today’s Asian Achievers Awards – campaigning for individual liberation and rewarding people for striving so hard against any odds.

“And in our effort to do so, I must thank the inputs from all our readers and supporters for nominating such outstanding candidates and our independent panel of judges who did their job so brilliantly. I would like to congratulate all the winners of our 19thannual Asian Achievers Awards. Their remarkable contributions to society and community have had a profound impact and I take great pride in highlighting their accomplishments.”

The Asian Achievers Awards sponsors include EY, Starling Bank and Edwardian Hotels, with Colors TV on board as Media Partner.