Home National Customer Who Has Been Eating Pret Sandwich Finds Out It Is Not... 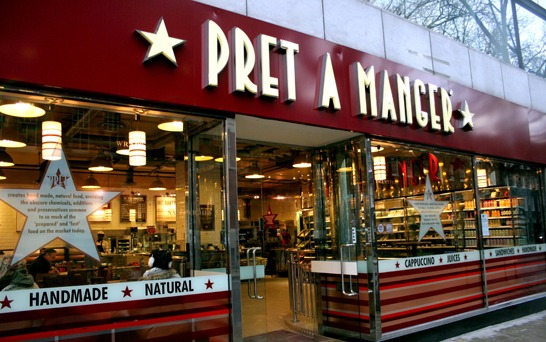 A customer who has been a frequently going to Pret A Manger has been left shocked after he discovered a Pret sandwich he has been eating for 12 years is not halal.

Qadeer was shocked after noticing the ingredient listed on a new printed label.

White wine vinegar is not considered halal in Islam.

Despite that, the ingredient is also not listed on fridge labels in store, reports Mirror Online.

Pret has come under fire previously over the deaths of two customers who suffered allergic reactions from consuming the restaurant’s food.

They have placed new labels containing a full list of ingredients on all Pret food products – and Mr Qadeer has slammed Pret for failing to mention white wine vinegar as a listed ingredient until now.

Mr Qadeer said white wine vinegar is “like a nut allergy” for many Muslims as they have “zero tolerance” towards it.

He told Metro.co.uk: “Being a Muslim I can’t consume anything with alcohol. And there’s probably thousands of Muslims who buy products from Pret.

“As most people know, some Muslims drink alcohol and the rest, but there is a certain percentage that will have a “oh what the f***” moment here.”

He added: “I’ve worked in the City for the last 12 years as a tax adviser and I would have never bought the product had I known.”

Mr Qadeer complained to his local Pret store manager and his case was later escalated to Pret’s CEO, Clive Schlee.

In an email seen by Metro.co.uk, the CEO said his “technicians” have been “calculating the alcohol content of the white wine vinegar” in the tuna mayo baguette.

Mr Schlee wrote: “We have now established it contains much less than even a trace amount and is certainly well below the labelling threshold.

“By way of comparison there is much less alcohol than you would find in most orange juices.”

Mr Qadeer later met the CEO in person at one of his stores in London, but he still felt like his concerns had been ‘dismissed’.

He said: “Our tolerance to alcohol is nil. There’s no margin here.”

Mr Qadeer added: “He feels it’s my responsibility to check the ingredients on the website.

“To some extent it is but to a greater extent he should take responsibility that his Muslim customers have been consuming alcohol.

“They [people with allergies] have zero tolerance and likewise with staunch Muslims, they would be pretty upset and devastated if they knew.”

A Pret spokesperson said their sandwiches have never been labelled as halal-certified.

They said: ‘Whilst we’re very sorry that Mr Qadeer feels he was misled, the food and drink sold at Pret has never been labelled as halal-certified and we have never made any halal product claims.

“We always encourage anyone with specific dietary needs to speak to a team member or visit our website to check whether a product is suitable for them.”