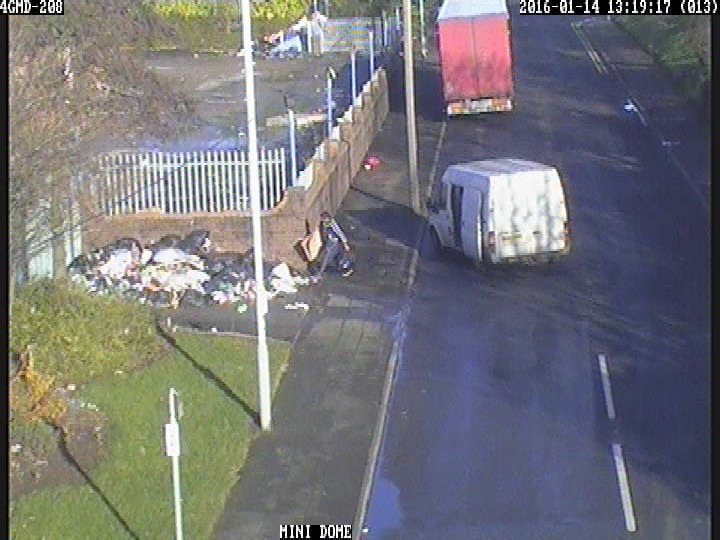 City of Wolverhampton Council’s Public Protection team has caught up with a Wolverhampton business owner caught dumping rubbish on CCTV.

(July 18) Kobir Ahmed attended court only to be brought to justice on a separate fly tipping case he delayed for three years.

After arriving at Wolverhampton Magistrates Court, District Judge Wilkinson announced there was an outstanding warrant for the offender’s arrest regarding a fly tipping case dating back to 2016.

The judge instructed Mr Ahmed to be taken to the cells while the case was discussed.

Kobir Ahmed, Director of Johnny Banqueting Ltd who operates Johnny Spice in Wolverhampton, was caught dumping eight bags of household waste, cardboard and a piece of wood at Shaw Road, next to the tip.

Mr Ahmed returned to the court and pleaded guilty to the charge.

District Judge Wilkinson said Ahmed chose to lie to the council attempting to pervert the course of justice delaying proceedings for three years.

Councillor Steve Evans, Cabinet Member for City Environment, said: “Fly-tipping is a lazy and selfish act, which costs taxpayers a lot of money to clean-up.

“In this case, rubbish has been deliberately dumped and within an eye shot of the Shaw Road tip which is nothing but pure laziness.

“I believe Mr Ahmed thought he had got away with it – but we have caught up with him.

“As a council, we make it our priority to keep our city clean and tidy and will not tolerate this behaviour.

“I am pleased with the result and the hard work has been carried out by our Public Protection team that has bought the offender to justice.

“I strongly encourage anyone who may know of others who take part in this selfish act, to get in touch and help us put a stop to fly tipping.”

Mr Ahmed received a four-week prison sentence suspended for twelve months and a one-month curfew for which he will be tagged and monitored to be in his place of residence between the hours of 7pm and 6am.

Mr Ahmed will attend Wolverhampton Crown Court for the original case on August 15.