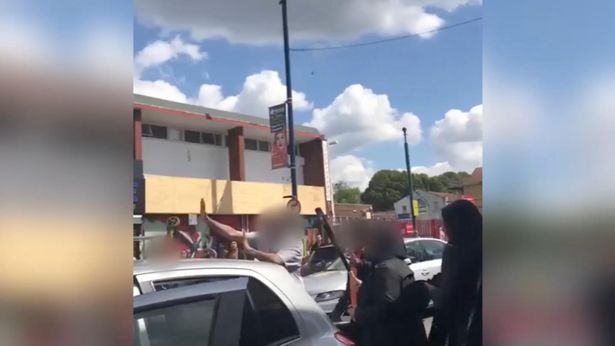 who brandished a baseball bat and child’s scooter to attack cars.

A video was captured and published on Facebook page Birmz is Grimz..

One woman can be seen using a child’s scooter to attack a car while another woman apparently launches an attack with a baseball bat.

It is not known what caused the argument to break out.

A West Midlands police spokesman said: “Police were called to reports of disorder in Alum Rock Road, Alum Rock, around 12.30pm (12 May).

Two men, aged 36 and 27, along with a 46-year-old woman were arrested on suspicion of affray. They have been released under investigation as enquiries continue.

A car window was smashed but only minor injuries were reported.”