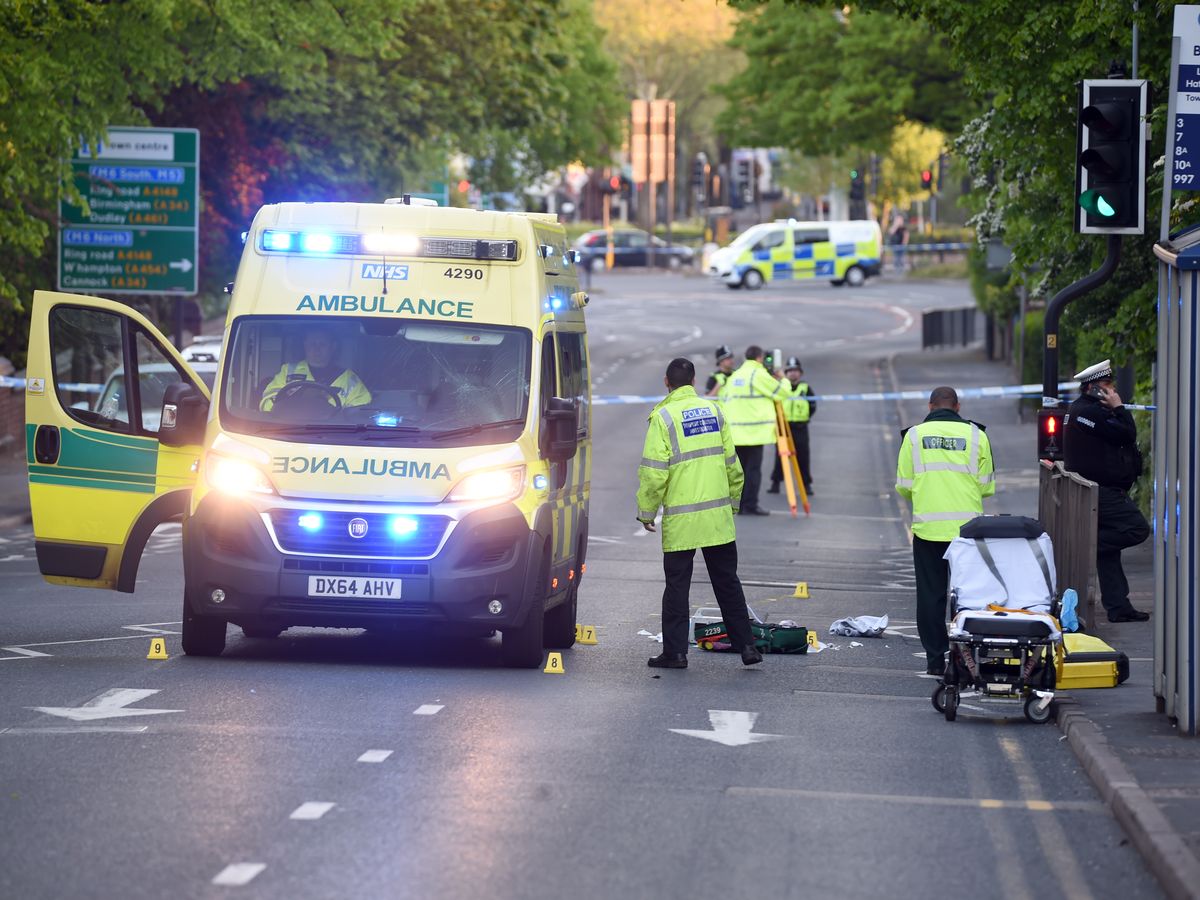 A teenage boy is fighting for life after being hit by an ambulance in Walsall and suffered serious head injuries.

Emergency crews including Air Ambulance rushed on Lichfield Road shortly at 5.30pm on Monday May13, following reports of the horror smash between the emergency vehicle and the pedestrian.

West Midlands Police blocked off part of the busy commuter road as medics worked at the scene.

The full extent of the boy’s injuries are unknown at this time.

The Serious Collision Investigation Unit has asked anyone with information to come forward.

Midlands Air Ambulance were said to be among the first responders to the accident.

The 15-year-old was taken to via air ambulance to hospital, while the ambulance crew also involved in the collision were said to be unhurt.