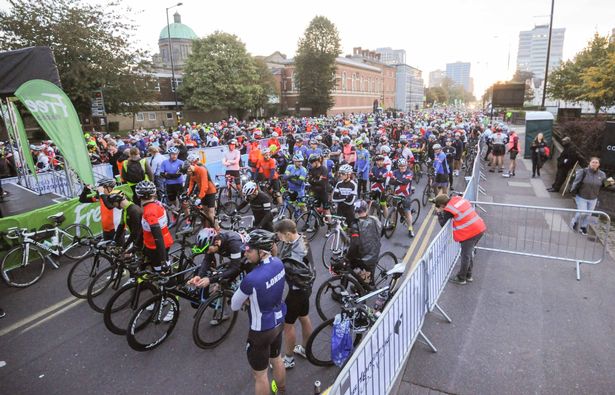 Birmingham will expect major travel disruption this Sunday, May 12 when the Velo Birmingham and Midlands cycle race zooms back into town.

Cyclist will be around Birmingham, Coventry, Solihull and North Warwickshire and many roads will be shut to traffic for most of the day.

Some bus stops will be completely out of action and services re-routed.

Transport for West has issued the warning to give people plenty of times to sort out their plans for Sunday.

The first wave of cyclists will set off from Digbeth High Street at 6.30am, with the rest following in waves throughout early morning.

From there they will head out of Birmingham city centre along the A45 Coventry Road, into Coleshill, Kingsbury and Coventry.

The race is due to finish on the evening, at roughly the same time Take That’s concert at Birmingham Arena in central Birmingham begins.

Anne Shaw, director of network resilience for Transport West Midlands, said people should plan ahead and leave extra time for their journeys..

“You will still be able to get to where you need to go, but you’ll need to leave more time for your journey,” she said.

“There are over 8,000 free car parking stations at rail and Metro stations , or consider leaving the car at home.”