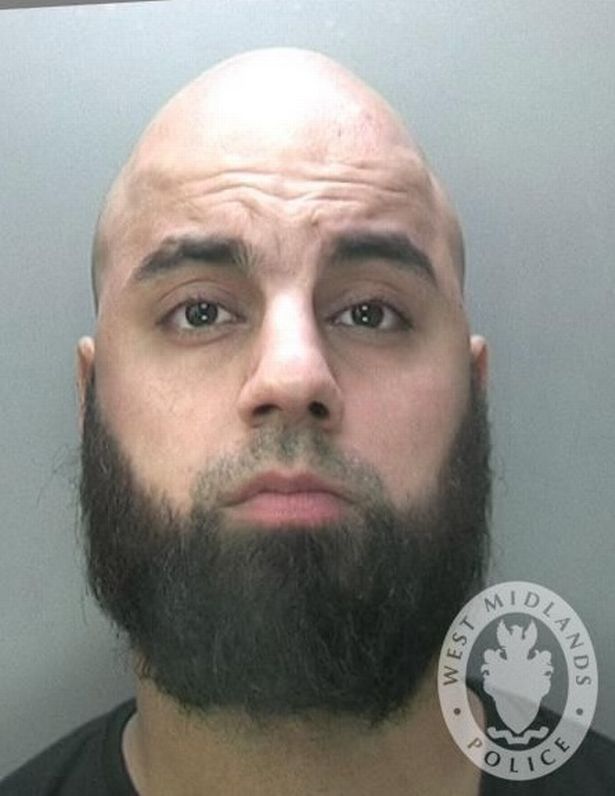 A violent man who threatened to smash his ex-girlfriend’s teeth has been sentenced to over nine months.

Mustafa Ahmed from Moseley threatened his former partner with a knife on several occasions throughout their relationship, asking her to choose if she would rather be stabbed in the leg or eye.

Ahmed consistently made threats to kill his ex- girlfriend as well as her family and friends.

On one occasion, as he pressed a gun to her knee, the 29-year-old told her he would ‘smash her teeth in’.

In November 2017, Ahmed held his girlfriend at his home in Windermere Road and assaulted her before calling her mother to ‘collect her’.

When she arrived, the mother was subjected to a brutal beating.

Then in April 2018, the 21-year-old victim was in a car with friends, when Ahmed charged at them and smashed the windows with a hammer.

He forced his way into the car, and then drove off with all three woman inside for well over an hour, while making numerous threats to the group.

Ahmed was arrested from his new partner’s address and later charged with three counts of kidnapping, damage to property, assault occasioning actual bodily harm, damaging property, putting a person in fear of violence and controlling or coercive behaviour.

Ahmed was found guilty and on Thursday, March 14 at Birmingham Crown Court he was sentenced to nine and a half years in prison, with an extended licence period of five years.

Detective Constable Gurprit Bains, from West Midlands Police’s Public Protection Unit, said: “This was a terrifying case where the victim and her mother were abused for months by someone she trusted.

“Months of threats against their lives meant they were too scared to contact police, therefore I am pleased to see Ahmed behind bars.

“We take cases of this nature extremely seriously, and we want to encourage people to report abusive and coercive behaviour as soon as possible.”