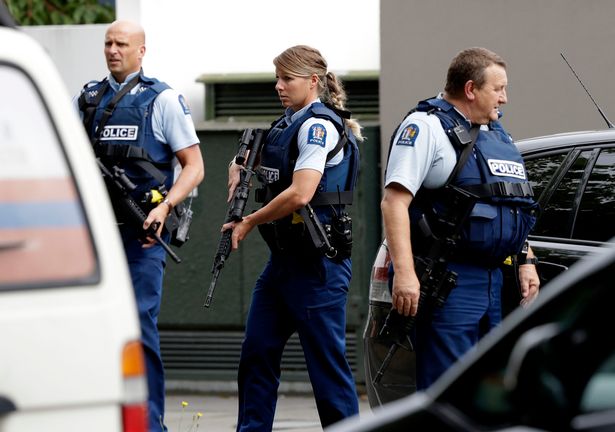 The two shootings in New Zealand have left Forty-nine people killed and four people are in custody after a terrorist attack during Friday prayers at two mosques. The disturbing incident unfolded in the New Zealand city of Christchurch.

Birmingham has reacted with heartbreak as the tragic news develops in the southern hemisphere on Friday morning.

“I strongly condemn the terrorist attacks on two Mosques in Christchurch New Zealand early today by far right extremists inspired by their hatred of Muslims and Islam. Over 40 people killed and many injured attending prayers.

We stand resolutely with our brothers and sisters in New Zealand and send our prayers and condolences to the families of the victims and those injured.   Human life and places of worship are sacred and we mourn the loss of life.

An attack on a place of worship is an attack against all faiths, I’m confident that in the days ahead you will see all communities come together.

At least 30 people were killed at the Masjid Al Noor mosque in central Christchurch, at least seven people died inside the suburban Linwood Masjid Mosque, and at least three others died outside the same mosque.

“My thoughts are with the victims, their families and anyone else caught up in the horrific shooting.”

Dave Thompson, Chief Constable of West Midlands Police, added: “Thoughts to all in Christchurch at this terrible time.

“These events send shock waves around the world and will resonate in the towns and cities of the West Midlands.

“We will consider what action is needed if any at home to protect and reassure.”

New Zealand Prime Minister Jacinda Ardern said the national security threat level has been lifted from low to high, adding the shootings appeared to have been a well-planned “terrorist attack”.

She described it as “one of New Zealand’s darkest days”.

WMP added: “Our thoughts go out to those victims caught up in the atrocious attacks in New Zealand.

“We must not let these abhorrent acts divide us & recognise all lives are precious irrespective of creed.”

Ian Foster wrote: “Absolutely heart breaking…”, and Sam Jennings wrote: “Regardless of your skin colour or religion no one deserves to go into a place of prayer and get murdered, these terrorists are the lowest of the low.”

“So sad for the victims and their families.

“Sadly I doubt I will see many New Zealand flags on people’s profiles/in my timeline..”

One of the attackers – Brenton Tarrant – appears to have live-streamed the attack on Facebook as he shot victims in a mosque. Police have urged the public not to share the “extremely distressing” material online.

The 28-year-old Australian described his anti-immigrant motives in a manifesto. Police have warned there may be more suspects.

Australia’s Prime Minister Scott Morrison said one of those arrested was an Australian citizen and described the suspected attacker as an “extremist right-wing violent terrorist”.