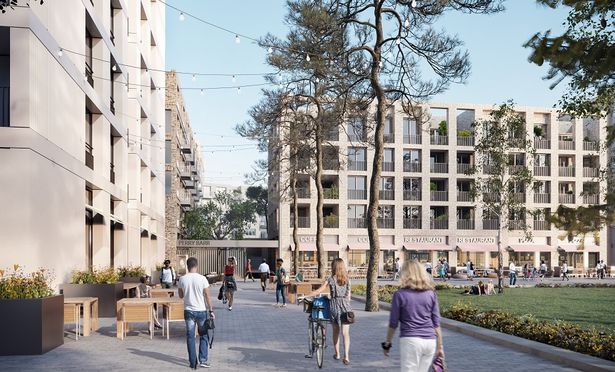 An extensive 1,414-property athletes village being built for the Commonwealth Games will provide just 58 affordable houses for desperate Birmingham families. Criticism of scheme as 12,500 people on housing waiting list at Birmingham City Council.

The huge Perry Barr development will house 6,500 of the world’s finest sportsmen and women, alongside officials taking part in the 2022 spectacular.

He said: “I don’t believe there is going to be enough affordable housing, not least given the huge public funding that’s going into it.

“They wouldn’t allow any other development company to do this. But because it’s the city council themselves, they are allowing themselves all sorts of elasticity to do what they want to.

“And I’m also particularly concerned about people renting apartments because if you have too many single occupancy dwellings, you tend to have young people or old people.

“Who are the people who will be able to buy in that environment?

“I’m asking that many of the flats they’re going to build to be converted into family homes, there are too many flats. The technology’s there to be able to do that.

“I think it’s essential that we look again at what’s being planned here, and have a different structure that will be better able to accommodate families, and those who need social housing.”

Civic leaders had spoken proudly of the Perry Barr redevelopment after housing plans were approved for the site on the former Birmingham City University campus last year.

Mayor Andy Street talked about Perry Barr being a “game changer for the region with a lasting housing and regeneration legacy.

New estates built by private developers typically include a standard  25 per cent social housing, and Birmingham City Council usually has 35 per cent.

Yet just 58 properties will be three or four bedroom houses – family homes – for social rent.

Yet the Perry Barr development has just 22 per cent affordable homes ratio, with the rest being sold off by home builders for potentially huge profits.