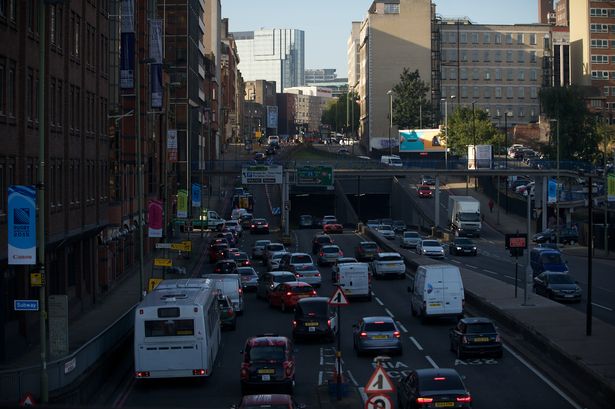 The Government has permitted Birmingham’s Clean Air Zone (CAZ) proposals but left the city council with a funding gap of millions of pounds for the plan.

The authority has been granted £38m from the Clean Air Fund to pay for mitigation measures out of £50m.

It means the proposed charges for high polluting vehicles of £8 for cars and £50 for buses and HGVs, will remain the same while a host of exceptions previously tabled are also set to go ahead.

Transport and environment chief Cllr Waseem Zaffar moved to support residents in those areas, such as Nechells, that the authority would find another ‘mechanism’ to address the issue of people potentially driving to neighbourhoods ‘dumping’ their cars there before walking into the CAZ.

Cllr Zaffar said he will continue to lobby the government for a national scrappage scheme which he said would also benefit the motor industry.

One significant feature of the funding application is that the £15m required to support Hackney Carriage and private hire drivers was granted.

It comes amid go-slow protests in the city from the trade who argue the CAZ is a threat to their livelihood.

Following the announcement Cllr Zaffar said: “Getting more than three quarters the money we asked for is substantial.

“I am disappointed we didn’t get 100 per cent but we can certainly move forward in delivering this scheme this city desperately needs.

“We feel that we will have sufficient resources to get the balance right between introducing a very much needed Clean Air Zone and supporting the communities and businesses potentially affected by these measures.

“It is the start of the fightback against the public health crisis in this city which causes 900 premature deaths a year.

“I’m pleased that we will have nearly £15m to support the taxi community to upgrade to cleaner and greener vehicles, enabling them to continue providing their valuable service to the city.”

He also added that he would continue to work with the council’s licensing team, including Cllr Barbara Dring the chairman of the Licensing and Public Protection Committee, to secure measures to support taxi drivers.

The CAZ is not a congestion charge and will only apply to non-compliant vehicles – diesels older than a EURO 6 (manufactured before 2015) and petrol cars older than EURO 4 (made before 2006).