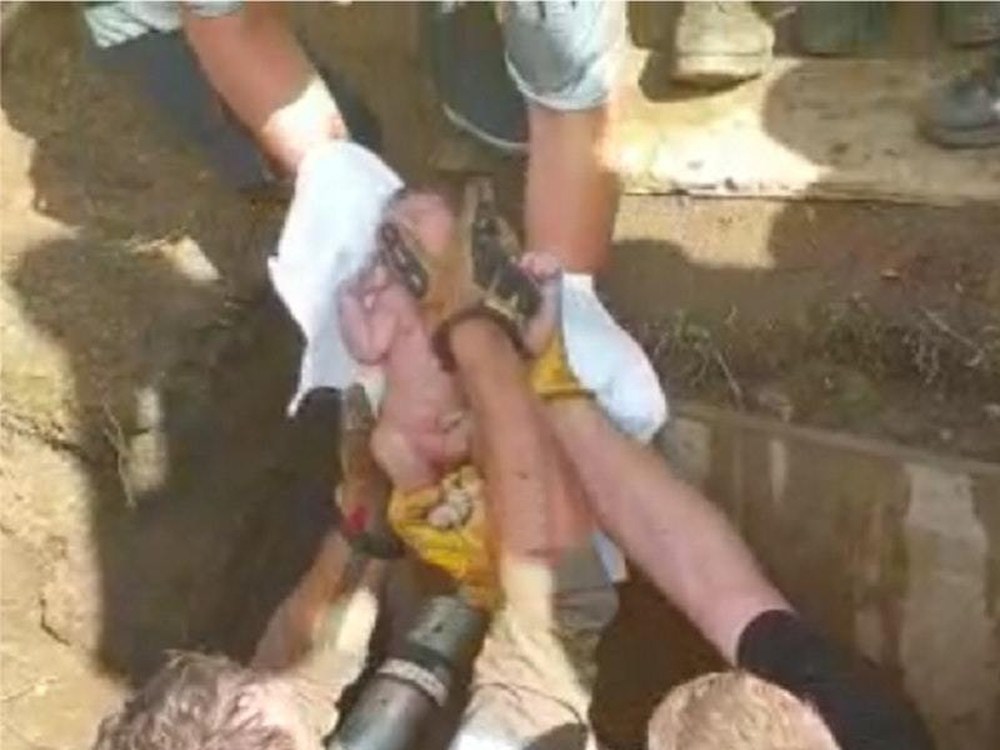 Crowds cheered as a new born baby girl was brought to the surface safely after a three-hour rescue operation near Durban, South Africa.

A newborn baby girl has been pulled out of a storm drain after a dramatic three-hour rescue operation.

Emergency services were called after the cries were heard coming from a manhole by residents in Newlands East, near Durban in South Africa.

The baby was found trapped inside the drain and emergency services worked to free the girl. Police are now investigating how she got there.

In a complex three-hour operation, the rescue team dug a two-metre trench and shored up walls before cutting into the storm water pipe.

Workers were then able to pull the baby girl out of the pipe and bring her to the surface, to cheers from the crowds which had gathered nearby.

The new born baby girl was quickly treated by paramedics before being flown by helicopter to Inkosi Albert Luthuli Central Hospital.

According to Rescue Care operations officer Garrith Jamieson, 36, who was at the scene, the baby had no injuries but did have hypothermia.

“The body temperature was cold but the baby is fine,” he told the Press Association. “The baby has now been transferred to a step down hospital.”