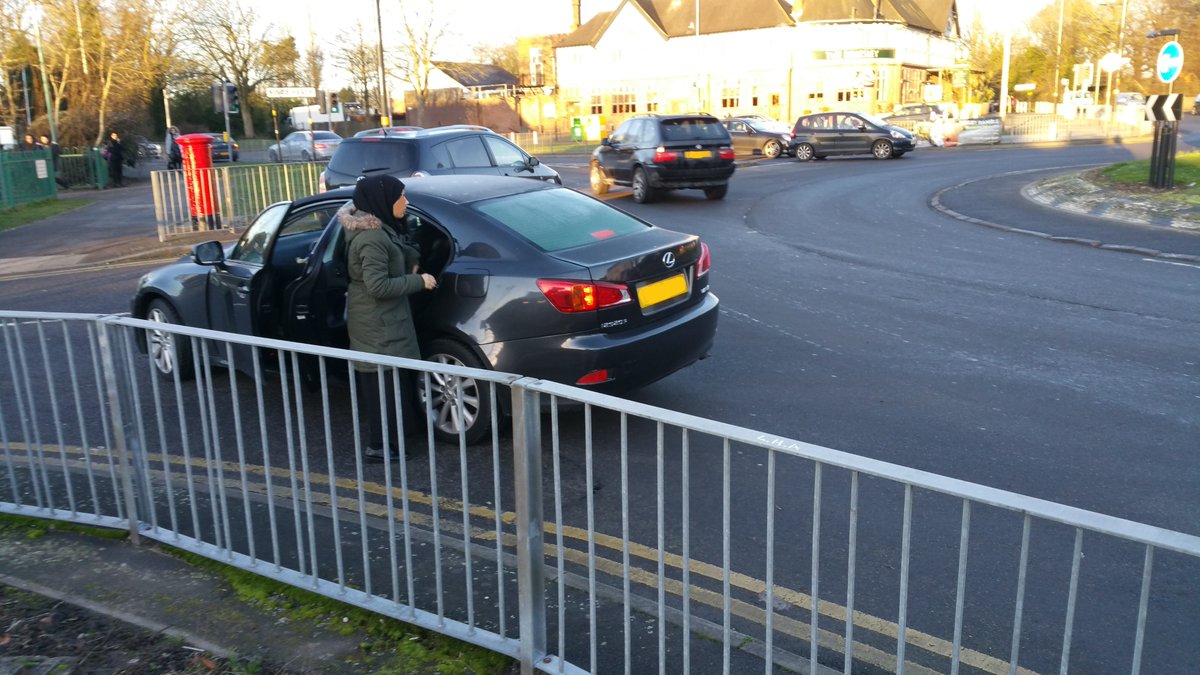 A mum dropping her kids off at school has been caught red-handed parking her car on a busy roundabout and slapped with a fine.

The woman was pictured dumping her car on Swan Corner roundabout opposite The Billesley pub – during the morning school run.

Billesley police officers who were in the area to help curb problem parking outside Swanshurst School spotted the woman as she argued saying she could park there.

Some locals have posted on to social media.

Atamijit Niber (@Atamji) said on Twitter: “She needs to resit the driving test. Has she heard of the Highway Code??”

Russell Martin (@RusselMartin10) added: “If she thinks it’s okay to park there you have to question if she has passed a driving test.

“Let common sense prevail and make her take a test to prove she can drive and is not a danger behind the wheel.”

While @fotosaad said: “People don’t follow the Highway Code at all, it is a free for all, I wonder how they passed their tests.”

And Lisa Painting said on Facebook: “Has she even passed a UK driving test???”

Chris Way added: “Take her car away and crush.”

The woman was also branded “clueless” and her actions labelled “very irresponsible parenting”.

Commuter Kath Newton claimed more parents had been doing the same and parking cars dangerously next to – or on – the roundabout.

She said: “I drive past this end, it’s a bloody nightmare.

“Absolute stupid parents who think it’s acceptable to park on a roundabout.

“There is a pub over the road to park in! One day there is going be a major accident on that road due to stupid parents who park there.

“I nearly had a few hits and, what if it’s a child who is ran over or hurt in the collision?

“It’s about common sense and safety!

“I think all parents from Swanshurst School, who choose to park like this, should be fined.”

And Gemma Marie agreed, saying: “I have to drive past here for work it’s a gridlock of the worst driving – why are so many parents driving secondary kids to school anyway?

“I have two in secondary and one in y6 primary who make their own way to school!”

The Billesley police team were out on patrol outside Swanshurst School on Monday following parking complaints from staff and parents alike.

“Please be considerate when dropping your children off to school. More fines in the post.

“Today we have been at Swanshurst School, whilst there we have come across parents badly parking their cars around the island.

“A parent was advised why parking across an island exit was wrong as they felt they could park there. #ticketfairy #fineinthepost.”