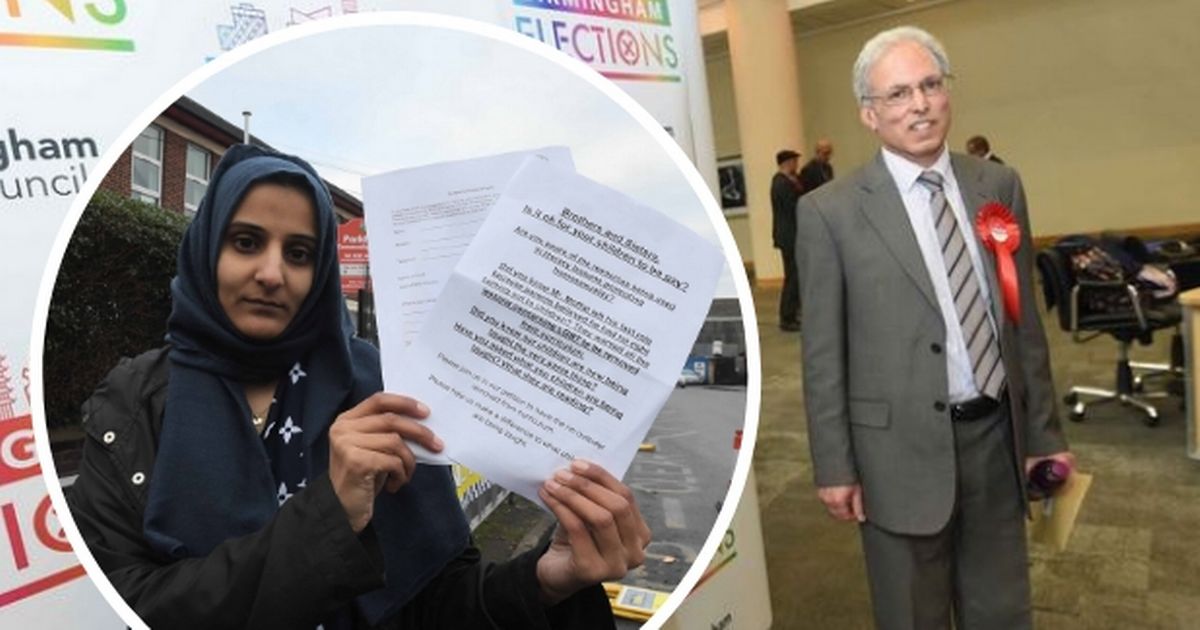 Labour councillor Mohammed Idress who said primary school pupils are ‘too young’ to be taught about homosexuality has allegedly breached the code of conduct for endorsing ‘homophobic views’.

Cllr Idrees has apologised for his comments towards Parkfield Community School in Saltley, admitting he ‘got it wrong’ and ‘overstepped the mark’.

But now the Labour member for Alum Rock has been formally reported to Birmingham City Council’s Standards Committee.

This came about after Cllr Idrees called for peace talks between Parkfield Community School promoting homosexuality and protesting Muslim parents.

Councillor Idress who represents Alum Rock has told the school it must listen to concerns being raised.

Cllr Gareth Moore (Cons, Erdington), who is openly gay, made the formal complaint and said: “I am particularly supportive of the No Outsiders programme, it’s a good scheme in trying to promote the LGBT community and tackle homophobia.

“Part of the challenge when you are growing up is that you don’t understand what’s wrong.

“This scheme, if you are different, let’s you know there is nothing wrong with being different, I would have liked this scheme when I was growing up.

“The material is age appropriate and is more about teaching that the family in modern Britain takes different forms.

“It’s not just about homosexuality either, it’s about race, religion and disability.”

Cllr Moore stated in the complaint that Cllr Idrees breached the ‘respect for others’ requirement in the council’s code of conduct.

He also criticised parents who have threatened to take children out of school over the scheme adding he was concerned Cllr Idrees should ‘associate himself and give credibility to such hatred and homophobic views’.

The council’s constitution states the Standards Committee will review complaints and take a decision as to whether they warrant formal investigation.

However, the panel has no power to suspend or disqualify councillors.

Cllr Idrees issued a statement which apologised and also said: “I overstepped the mark in my efforts to state the views of some of the parents, but I fully support Birmingham City Council’s policies in relation LGBT issues.

“I got it wrong and have already apologised to the leader of the council and to the chief whip.

“No Outsiders is a programme that has clearly upset some parents – with some threatening to take their children out of school.

“That is clearly something we all want to avoid and I want to work with both the school and the parents to help us reach a better understanding.

“I have never had a problem with the LGBT community and I am proud that Birmingham is an inclusive and tolerant city and there is no place here for homophobia or any other form of discrimination.

“The best way to reach an understanding on this issue is to talk and I’m determined to work with both the school and the parents on this.”

Outraged mum Fatima Shah has taken her 10-year-old daughter out of the school over the row. She previously said: “It’s inappropriate, totally wrong.

“Children are being told it’s OK to be gay yet 98 per cent of children at this school are Muslim. It’s a Muslim community.”

But the school defended the teaching, which it said had been fully explained to parents.

A statement said: “Central to everything we do is our duty to safeguard all children.

“As part of our safeguarding duty, we have to ensure we safeguard and protect them from all possible forms of harm including homophobic or transgender bullying.

“No Outsiders allows us to raise awareness of these differences so that children are able to tolerate and accept differences in our society.”