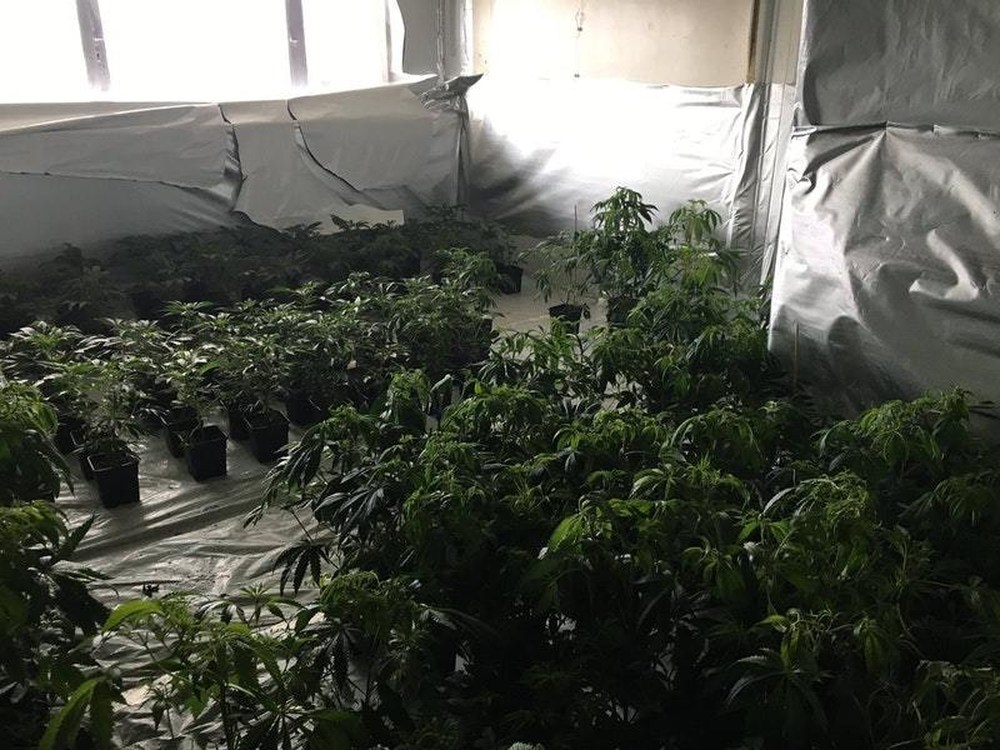 A huge cannabis factory covering three floors of a derelict tower block scheduled for demolition has been found in the middle of a housing estate.

Police had to get through an internal steel-barred door reinforced with a metal grille, and an industrial sized padlock to then discover the large cannabis factory which they have said to be a “sophisticated” operation.

Inside police officers found cannabis plants with an estimated street value of £500,000 along with living areas and sources of food for those carrying out the operation.

The 20-storey building block, Warstone Tower, in Bromford Drive, Birmingham, has been earmarked by the city council for demolition and has been empty for a while.

Officers arrived at the building block after a member of the public called police on January 24th.

Five men were arrested at the scene on suspicion of cannabis cultivation.

Cllr Majid Mahmood, who represents the ward, said the tower had been due to be pulled down after a neighbouring derelict block had been successfully demolished, last year.

The work is part of a housing redevelopment plan for the area.