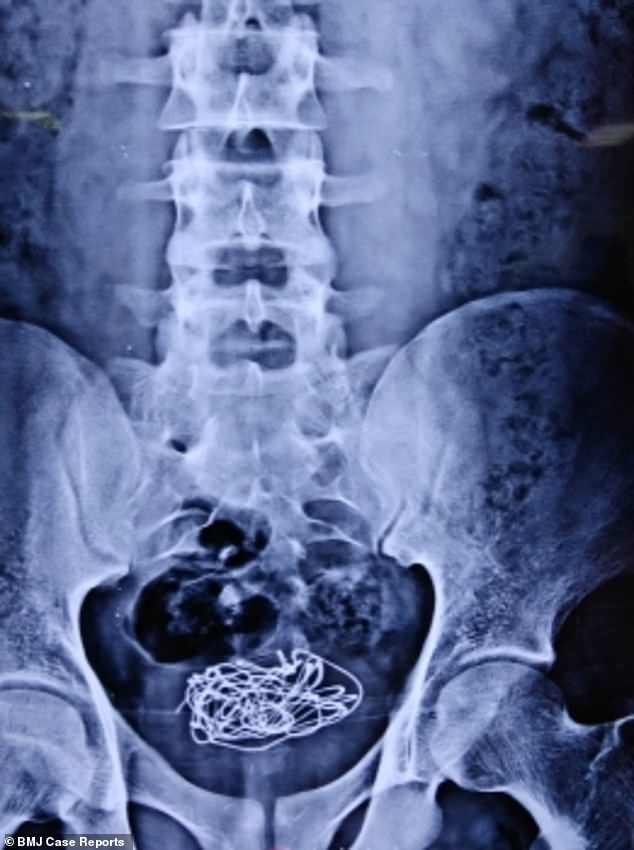 A teenager, from Uttar Pradesh in India required surgery after an electrical wire was knotted in his bladder.

The unnamed teenage was in pain and struggled to urinate.

Doctors looked at his medical history and found it wasn’t his first time putting strange objects into his urethra, the case report revealed.

After conducting X-rays it showed a coiled electric wire in his bladder.

Urologists, who were forced to use a laser to break the wire up into smaller pieces to pull out of his urethra, did not reveal how long it was.

It is thought the wire reached his bladder because of the contractions whenever he tried to urinate, curling it up and pushing it deeper.

Urologists, led by Dr Ajay Aggarwal, claimed the boy had no psychiatric illness as an evaluation proved ‘unremarkable’.

Surgeons first tried to pull the wire back out of his urethra through a cystoscopy – a procedure to look inside the bladder using a thin camera – but were unable to because it knotted in his bladder.

The team resorted to breaking down the electrical wire by shining a powerful laser at it, attached onto a thin wire pushed down his urethra.

The operation proved to be a success and the teenager was discharged 24 hours after the procedure.