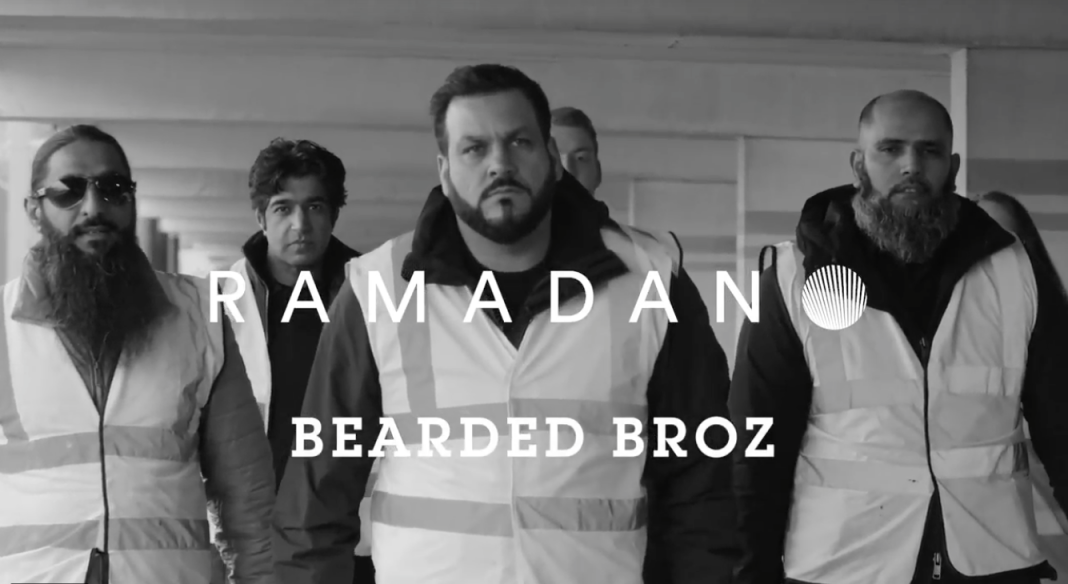 The film features their work running ‘Salma Food Bank’ and their commitment to providing food and assistance to those most in need. The video features Jodie, a local woman they helped out with food parcels when she was struggling and who now volunteers for the Bearded Broz.

Bearded Broz first hit the headlines last year when they assisted in clearing the streets during the Birmingham bin strikes. Since then, they have continued to work within their local community and put their faith into practice by not just saying they’re Muslim but showing they’re Muslim.

Imran, the leader of the group, says:

“We bring a lot more than food, it’s a bigger message of love. And if we can leave a legacy behind that made communities come together, I think this would be our main objective.”

With Ramadan starting tomorrow evening, this film highlights the positive charity work going on within the UK. It also showcases the charitable nature of Islam and how groups like the Bearded Broz embody this every day.