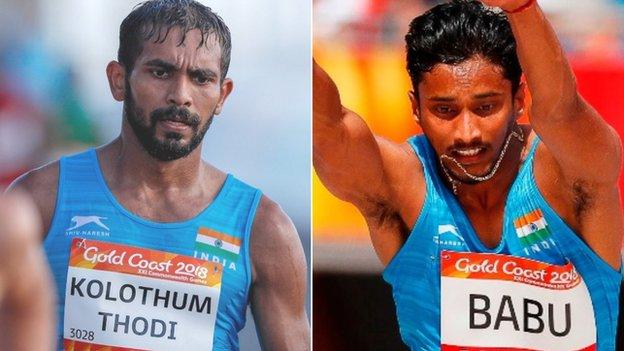 Two athletes from India were sent home from the Commonwealth Games for violating the ‘no-needles’ policy.

India intend to appeal on behalf of one of the of the two men after a needle was found in their apartment and a second was found in Babu’s bag.

“There is confusion. Our protest is why they banned Irfan,” said India’s athletics manager Ravinder Chaudhry.

“Why have they banned two of our athletes? This is a big question, how they confirmed this syringe belongs to both. It was found in the bag of Mr Babu.”

Chaudhry said India will not appeal against Babu’s exclusion after the athlete confirmed the bag belonged to him, although he denied knowledge of the needle and said he had not used it.

Thodi has also denied knowing anything about the needle.

Chaudhry added: “There are six athletes in the apartment. So why Irfan? Babu admitted ‘it is from my bag’, fine. If he has done something wrong they penalised him, it’s OK. But we appeal on these grounds – why was Irfan given this punishment?”

The syringe was found by a cleaner in a cup on a bedside table in their room, and an Australian anti-doping official found another in Babu’s bag.

Games president Louise Martin said the pair had given “unreliable and evasive” evidence at a CGF hearing on Thursday.

India said a third athlete, weightlifter Vikas Thakur, who won bronze in the 94kg weight class, was stopped on his way to the airport in relation to the incident. His bags were searched, and he took a drugs test but was cleared.

“When the Commonwealth Games Federation says no tolerance it means no tolerance,” she said. “Those athletes are suspended and out.”