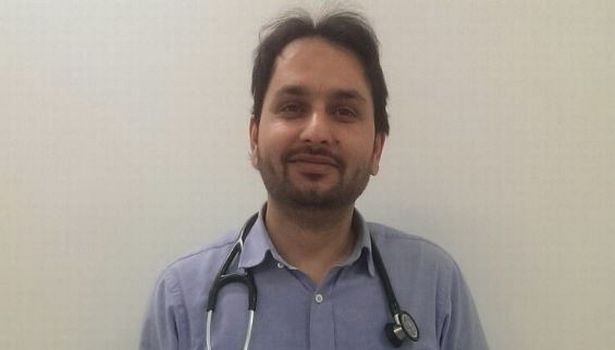 A Birmingham doctor who works at Queen Elizabeth Hospital has been told to leave the UK before the end of January, despite a petition signed by almost 30,000 people approving for him to stay.

Dr Syed Kazmi has received wide support from work colleagues in the medical profession who say that a well respected and excellent NHS doctor is being kicked out in the midst of a health service crisis.

Kazmi, who is from Pakistan had his visa renewal rejected last month over an HMRC tax issue related to a failed business venture in 2011 which he has pointed out was settled in full and resulted in no criminal enforcement action.

In a statement issued to the Post, Dr Kazmi, who lives with his family in Lozells, said: “I have loved working in the NHS and it was a pleasure of my life to serve in the most tolerant and civilised society in the world.

“From a dying person to a new born child, I have served all in my career and learned a lot.”

He went on: “This whole case of immigration broke me to thousands of pieces every day since the decision which I have read more than 1,000 times. I wish to stay and continue to serve in acute medicine which is the health speciality least recruited.”

His colleague Dr David Nicholl said: “I’m desperately upset by this. 30,000 people have signed the petition, doctors have written letters in support of Syed yet this is still going ahead at a time when we are in the middle of a crisis in the health service. It’s bonkers.”

Perry Barr MP Khalid Mahmood has raised the issue with Home Secretary Amber Rudd and said “I have written in support of Dr Kazmi to the Home Secretary but have not had a response yet. I will continue to offer my support him in his battle.”

The Home Office has confirmed it has refused Dr Syed’s visa application, upheld the decision at an administrative review and issued the notice to Dr Kazmi on January 11